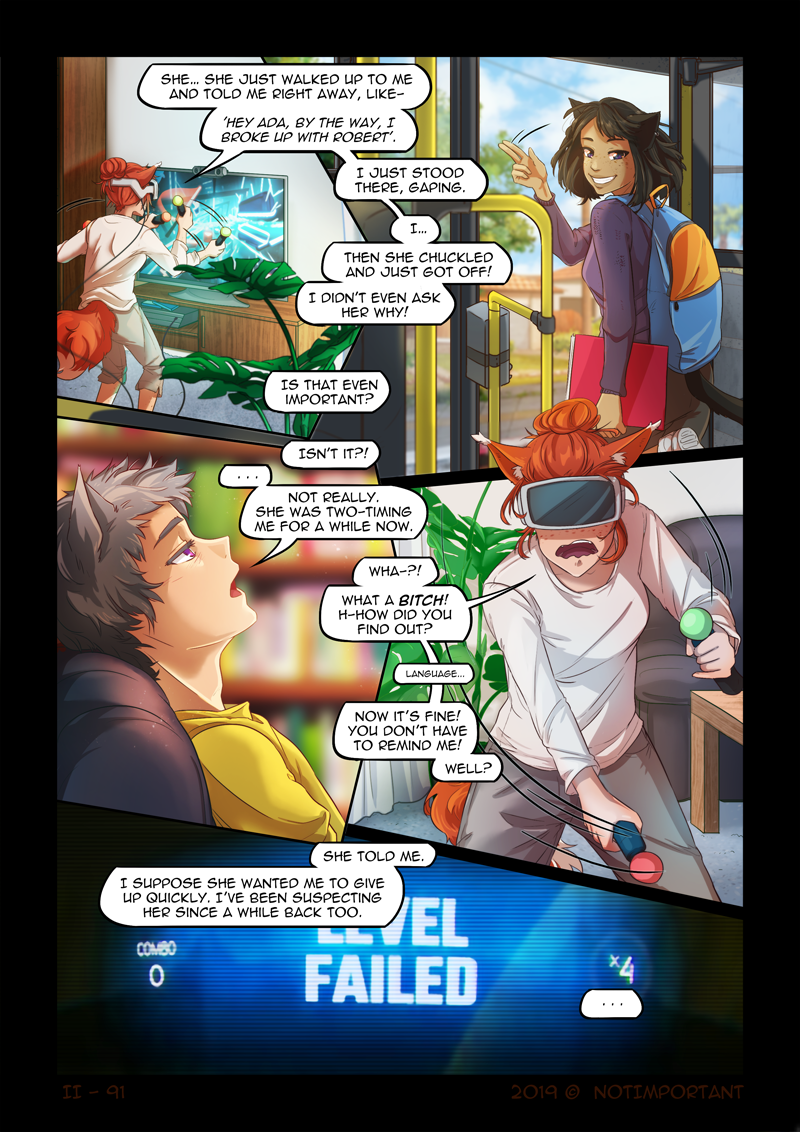 And here you have it, mystery solved~ Also, isn’t Violet really cute? I wanted her to be cute and I think I succeeded. Two pages more on Patreon!

How are you guys doing? A busy week in front of me (NY part of my team is coming with a visit!) so I probably won’t be around much, trying to balance more-work-than-usual with drawing the next page, heh. But I had a very nice weekend – we went hiking to Mt. Mito: https://ridgelineimages.com/hiking/mt-mito/ It was a long hike, around 3 hours, and 900m elevation. We even saw Fuji even though it rained a little and was very cloudy! I took lots of amazing, green photos and can’t wait to sketch out some of them and maybe add some demons here and there… Well, not anytime soon, probably. Next weekend will be team-outing and Wonder Festival!

Historia project is also progressing nicely, I managed to produce another set of CGs this week so I’m pretty happy with myself. It takes so much time but when everything is finally put together – text, music, graphics – it’s so amazing!…

Anyway, see you guys next week, not long until this chapter is over!