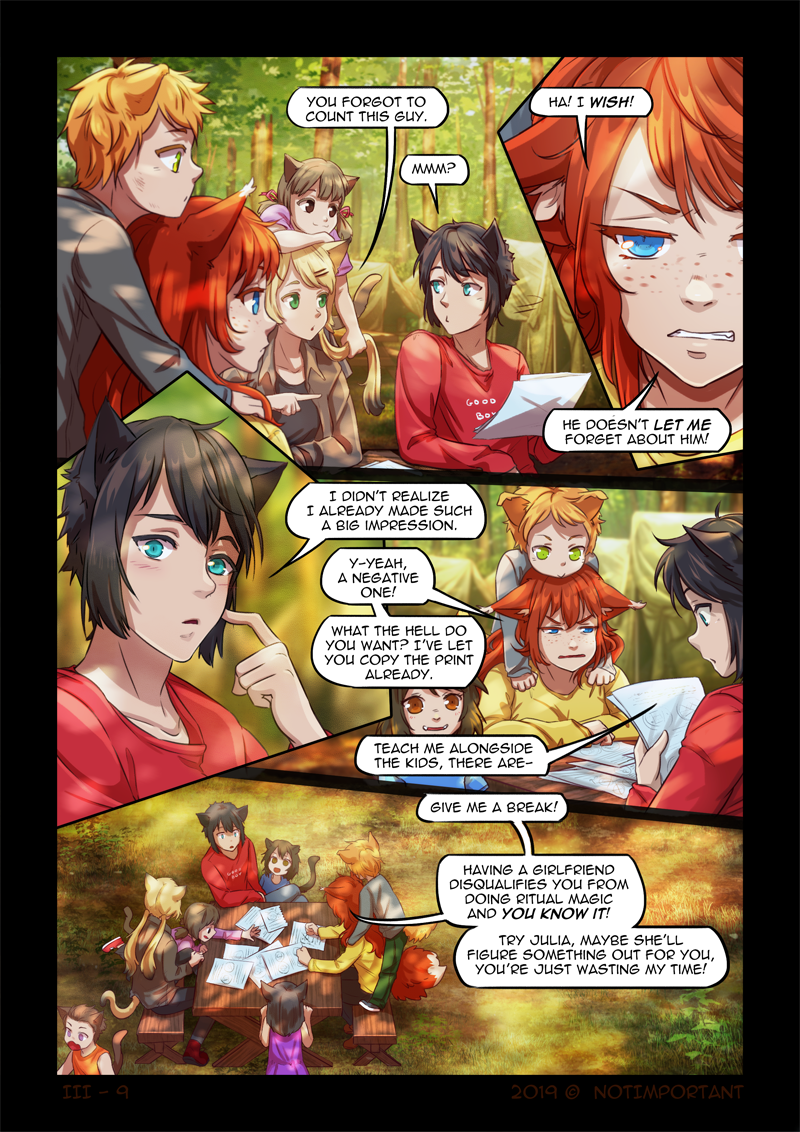 Hello hello! Two more pages for $10+ supporters so go ahead and enjoy the latest upload. And I’m still taking suggestions for names for all those kids!

I’m happy to hear that you’re still reading and enjoying this little comic of mine! I’m looking forward to drawing this chapter, we’ll finally visit the city, learn a bit more about the magic, see Ada and Rob being badass again and enjoy some good and bad moments of the camp drama~ It’ll be fun so stick around!

What happened recently… Ah, yes, Christmas. I didn’t have any. Bad planning, no break from work, me and my fiance ended up not doing anything at all and basically just working through the whole week. We’ll maybe cook something nice for the New Years’ eve, we’ll see. I was too busy drawing Historia to plan for Christmas and I wasn’t sure if I’ll have the time to relax. It’s fine, I can’t really enjoy Christmas without snow anyway. It’s just not the same.

But. We’re pretty much done with the first path of Historia. It’ll launch in 2 days. I’ll be screaming about it on social media and there should be updates on the blog as well: https://lucida96.wordpress.com/ My fiance played the final version today and liked it a lot so I hope you guys will do too, ahhh! I’m very excited, I worked very hard for this game and I can’t wait to hear your thoughts!

From other news, working on Historia put a little bit too much of a strain on my poor, old body. My eyes are super puffy every day, my hand is tired and I can’t really hold the pen for more than 30 minutes and my shoulders are killing me. Gotta take it easy in the next days, try not to look at the pc screen too much, find something else to do… I’m terrified of my willpower, I didn’t feel any pain while I was working, only now, when everything’s done, I fall apart. But please don’t worry, I’ll be fine, nothing that a little rest can’t fix and I took time off from work until 6th as well.

Okay guys, I’ll have an update in a couple days, stay tuned! Ah, check the Cast page too, I updated it!