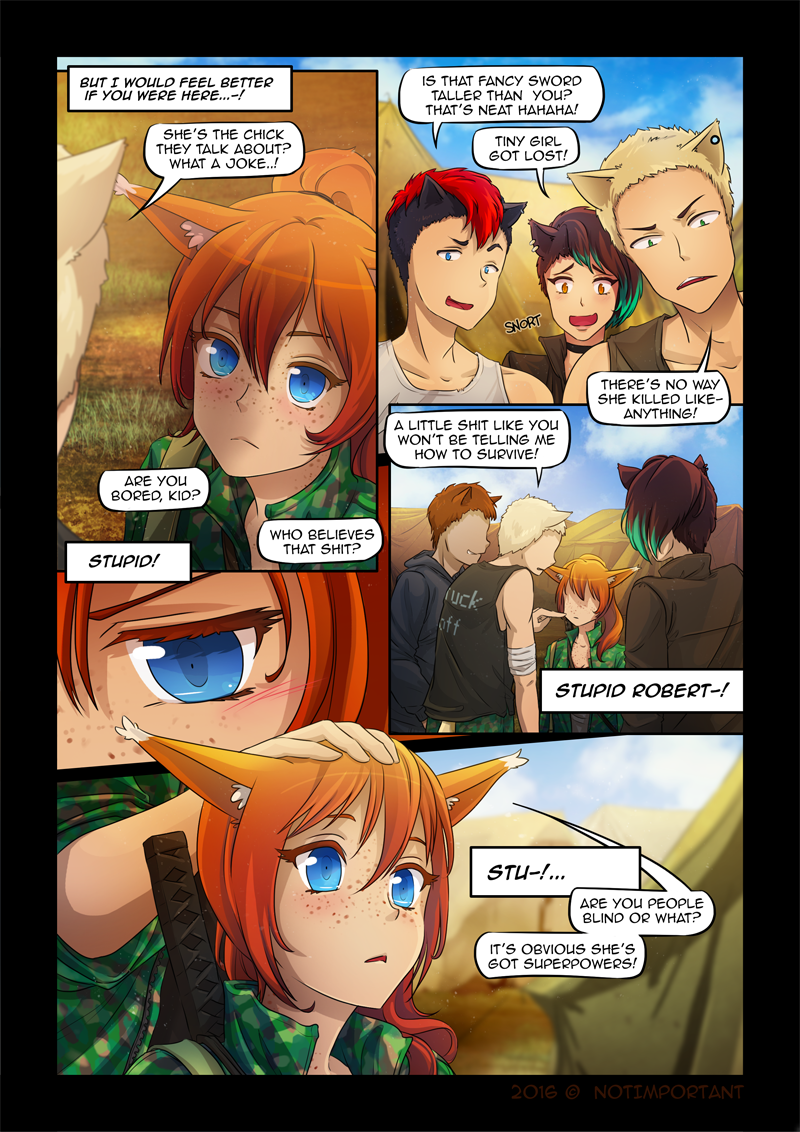 And here comes the awkward rescue~! I hope you are enjoying Ada’s little struggles and our new ‘friends’, I loved painting their hair.

Had a weird week, busy week, but I am slowly catching up with all the drawings I wanted to make. I have changed the vote incentive as well so you might want to check it out. It’s a panel from the incoming page, but larger and without speech bubbles obscuring the scene. If you don’t feel like voting – no worries, it will be added to the gallery when the time is right; if you do – thank you, your support is much appreciated. Right now I’m sketching the next scene, I’m trying to switch to planning whole scenes instead of single pages. Damn, I have no idea how some people manage to plan the whole chapter out, that’s way too many pages at once, ugh!

So how is it after all? Is Ada right, or is her anger unjustified (if you can even call that anger)? And how do you think Robert’s meeting with Sofia went?  ๏◡๏