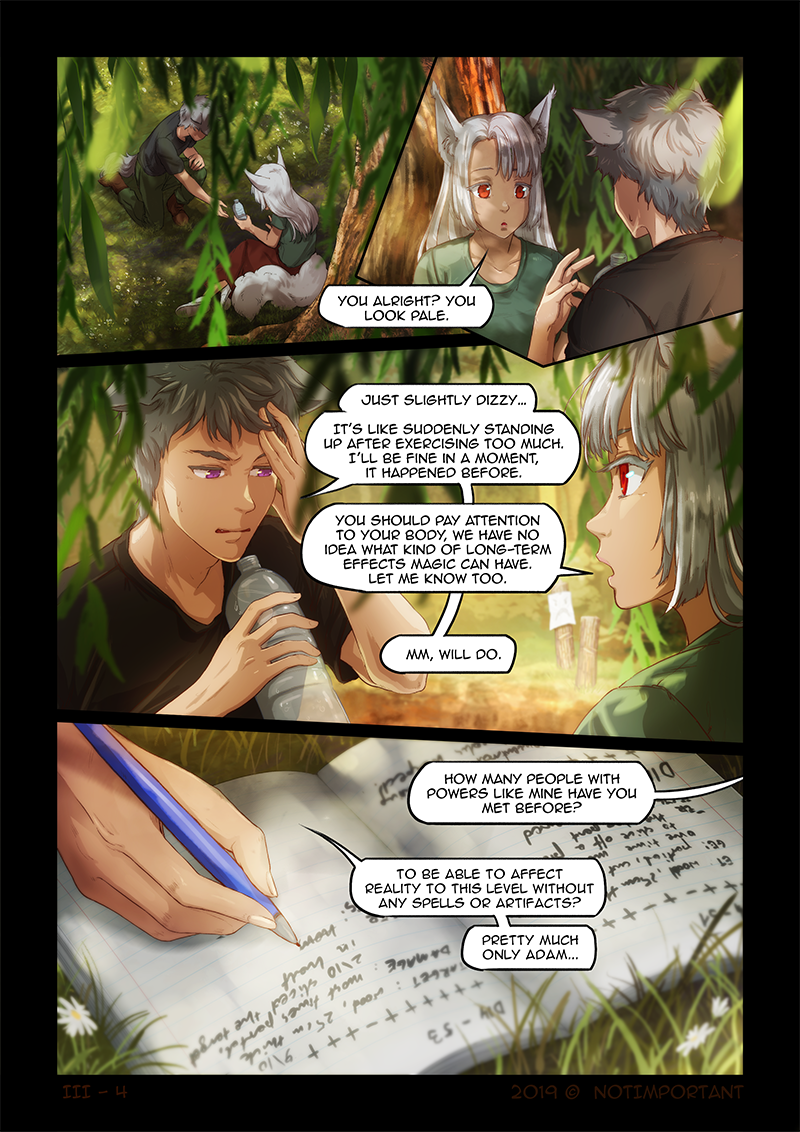 The power of statistics and observation~!

Sorry guys, I said I’d update a bunch of things on the page but I’m actually working on Historia project non-stop. We want to release a beta version on Comiket on 31st December so I’m drawing the remaining assets. And I’m like seriously drawing every day after work until going to sleep, putting in a ton of effort to finish all the missing pieces on time. So please keep your fingers crossed for Historia and my frantic drawing, this project is really starting to look awesome and I can’t wait to show it to you all!!!

Till next week, since I’ll definitely keep updating Replay!

Huge thanks to all those who support Replay on Patreon or vote! You really help me and this comic, THANK YOU!