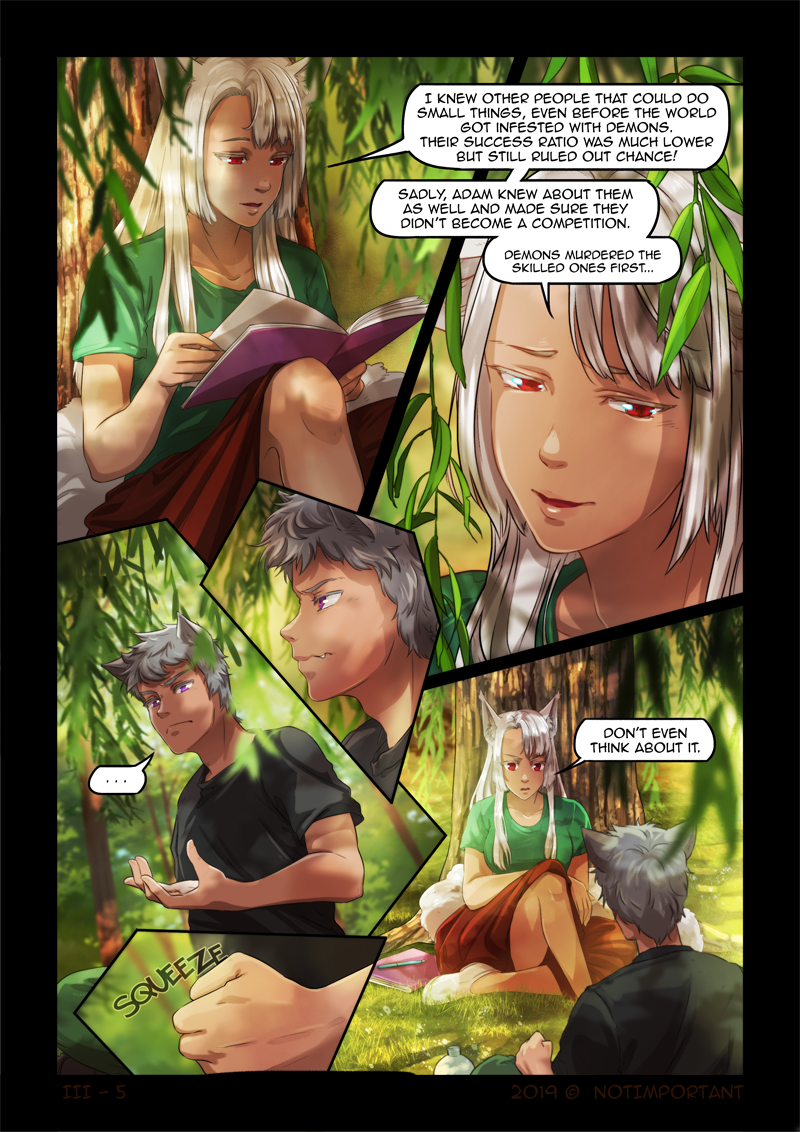 Figuring out titles to those pages is so exhausting ugh… How are you guys doing after black Friday promotions? They are not as big in Japan but most shows will offer some small discounts. I didn’t buy anything haha I hate shopping~

I spend the weekend working on Historia VN and hiking a bit on Saturday. The weather finally got nicer (it was raining the whole week) and so we went to check if leaves in the mountains already changed colors. Oh boy, they did, it was so beautiful…! Not sure if I go again next week, will depend on how much I’ll manage to draw this week. I posted a bit of art from Historia on Patreon to show you guys how it looks like (sorry, everyone else needs to wait until the launch on 31st December! don’t want to leak too much~)

Also please vote if you can! It’s a new month so a new chance for Replay to maybe not be on the last place on the TWC list xD You might think that rank on that list doesn’t matter but it brings in so much more additional readers and traffic… It really is a game-changer for Replay. So, thanks!

From other news… If you follow me on Twitter you might now that my rent will go up by $300 which is insane :/ Thanks for your warm words and support. We’re looking into renegotiating the contract so keep your fingers crossed. I also seem to have hurt my thumb somehow and it’s a bit painful to type on the keyboard, use a mouse, draw and so on… Not the best week in my life, overall. I really want to take some time off of work but it’s too busy too ehhhh!!! I want it to be January already. End of rant.

Please vote and look at Historia if you haven’t yet!