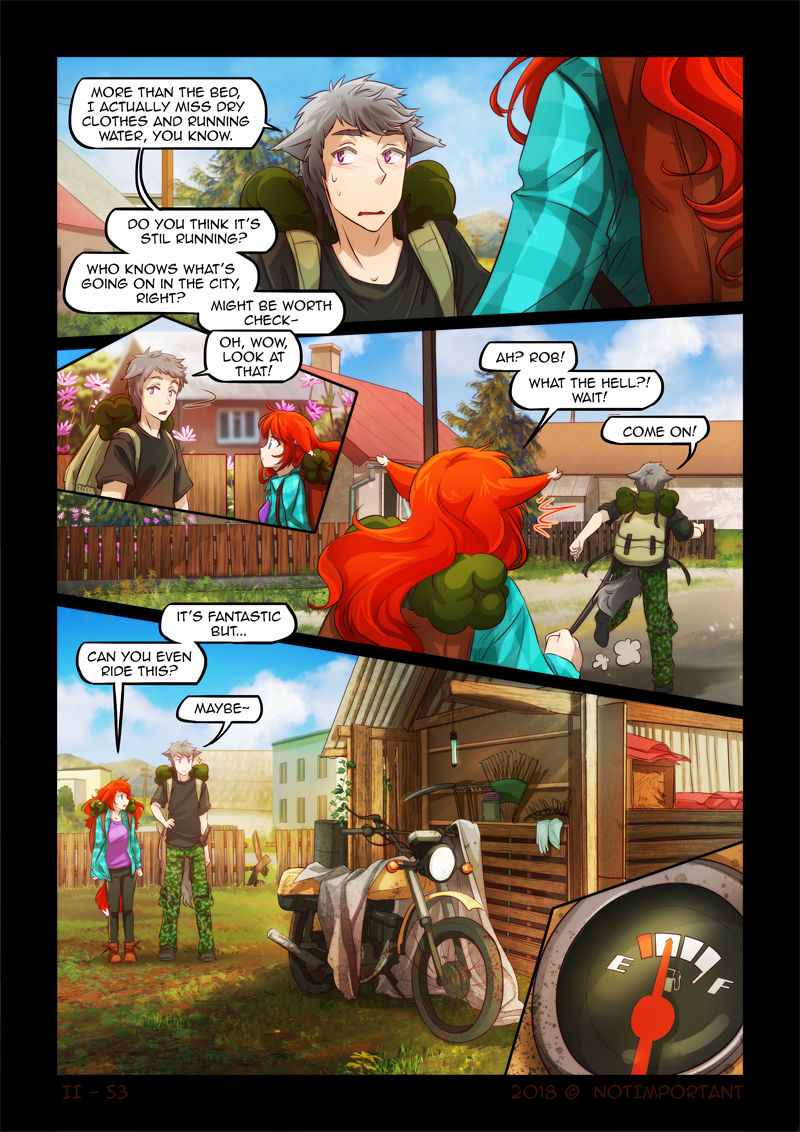 Hey everyone! Robert found a fantastic distraction! Finally, something he can really put to use. Although it might be a bit disappointing that he didn’t decide to put the pitchfork from earlier into some good use, hm. Such a splendid weapon, right?

I was working hard on the secret project I’m doing with folks from the 4LS (we’re actually wondering if we should start a different, separate studio, under a new name) and that was pretty fun! I’ll probably continue this week and maybe work on some stuff for Kindle Manga project. Well, lots of fun stuff which I won’t be able to show you guys for a while, sorry! I also read through Noragami this weekend and wow, I didn’t particularly like the anime but manga was great! That was a fun read. I’m also in the middle of Sanderson’s Oathbringer and it finally got so exciting it’s hard to put the damned book away. I shall be strong…. Nngghhh…!

From other news: my jetlag is over, I believe, I forced myself to rest this weekend so that I’d be able to work fard from now on. No more travels planned for a while, nothing is supposed to happen, all nice and boring so I can focus on working and creating, yesss. Thanks for encouraging me to take it easy, it’s really difficult when there are so many fun things to work on.

Also, this will be the last page for a while, I’m afraid. I’ll post an official hiatus note next week, I think!