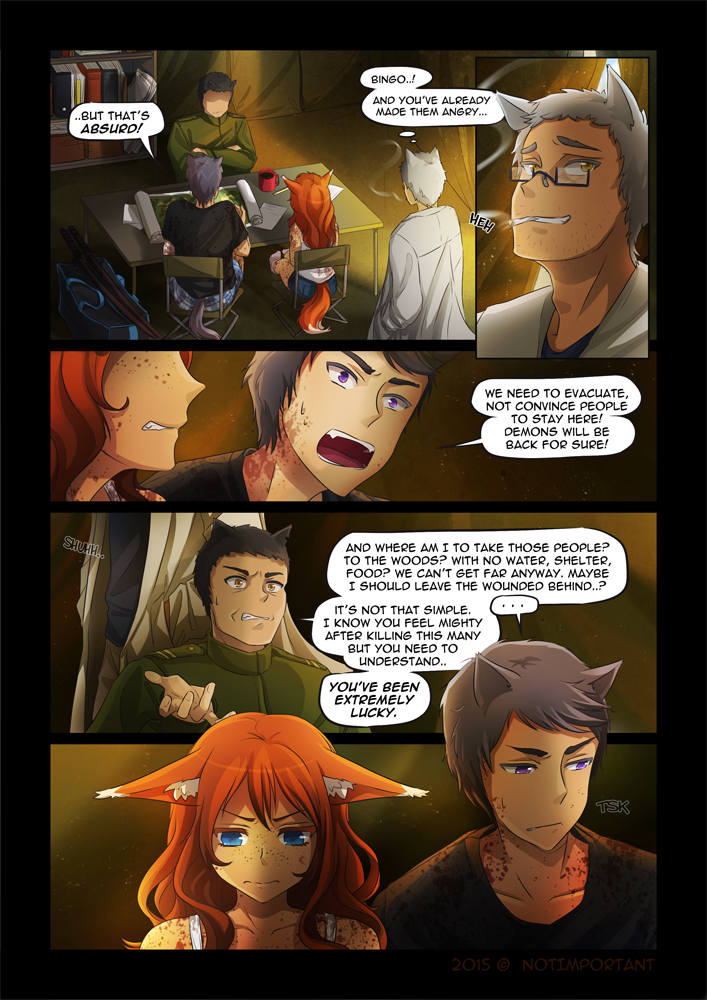 How is everyone in 2016? Made some new year resolutions? I decided I’ll be optimistic this time and try with same wishes as last year, to hopefully beat them into coming true this time. I am a stubborn person.

If you are curious, no wishes regarding comic, I plan to just move along and see what happens. When I take a look at the archive I feel like not much has been drawn, even though it took so much time. We will probably finish the first chapter this year~! I can’t wait to be done with it since I like the later part of the story way more than this introductory chapter. No wonder, huh?

Anyway, our heroes have been pinpointed by the man in charge. Stefen already suggested that our commander is a bully and just didn’t like some kids stealing his responsibilities (and glory) but maybe there’s more to that..?

And thanks for your votes! Replay jumps all over the place on topwebcomic ranking but hits the second place quite often! Thank you so much, you guys are awesome ( ˘ ³˘)♥ I’ll update the incentive sometime this week~!

Ah, btw, finally watched One Punch Man, good laugh, but the joke gets old after some point. I keep wondering if they will be able to make a nice sequel or it will become boring. Manga is ongoing, right? Didn’t manage to start reading it yet.