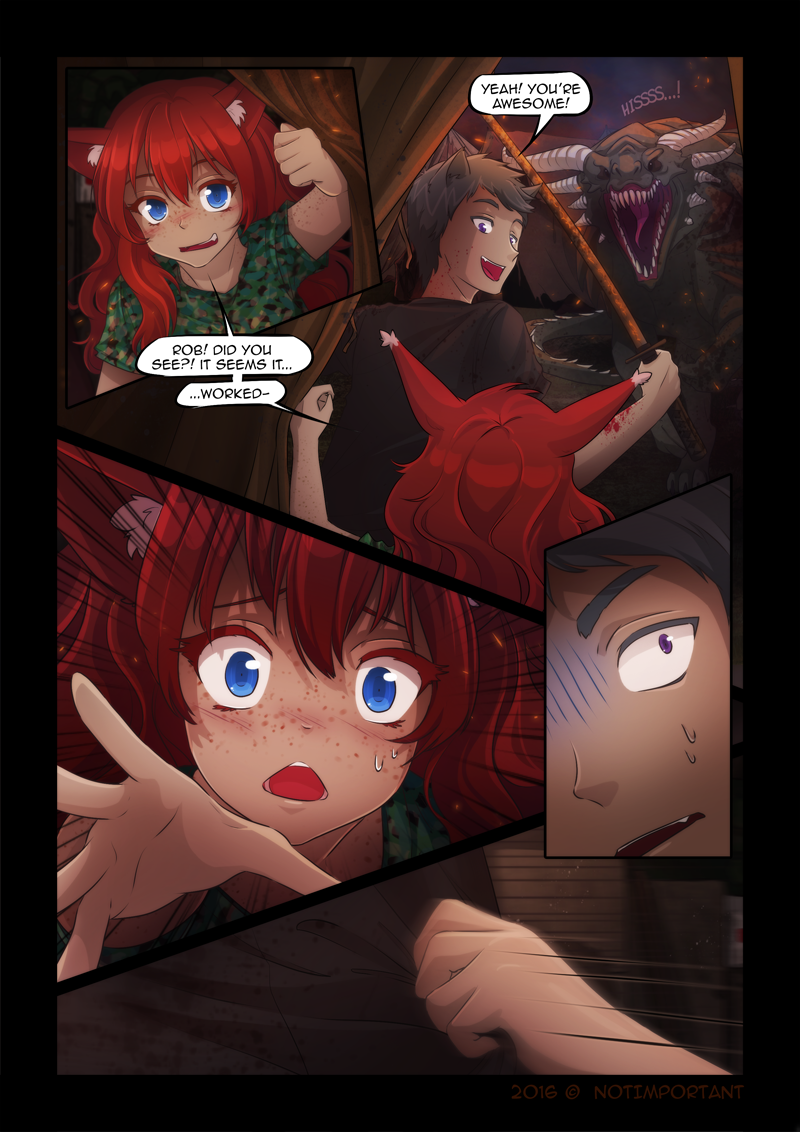 Such drama! If you wish to see the next page already you can do it on Patreon: Next page or wait another week. It’ll be the last one from this scene and we’ll move to the battle aftermath then, count the survivors and the dead ლ(o◡oლ)

I’m at my parents’ house now, trying to relax a little after the last minute move-out. I’ll probably still be participating in TWC doodle challenge this week since I didn’t have the time to think up any new episodes of the extra comic. But looking at January I’ve made a lot of sketches this month and there was a drawing practically every day – be it a new vote incentive from the extra comic or a doodle. Missed those? Check my Twitter or Patreon, everything’s there! I feel proud of this month, mostly because it was hard for me.

Grab another video and I hope to see you later on Twitter, with some fun doodles! (ノ・∀・)ノ