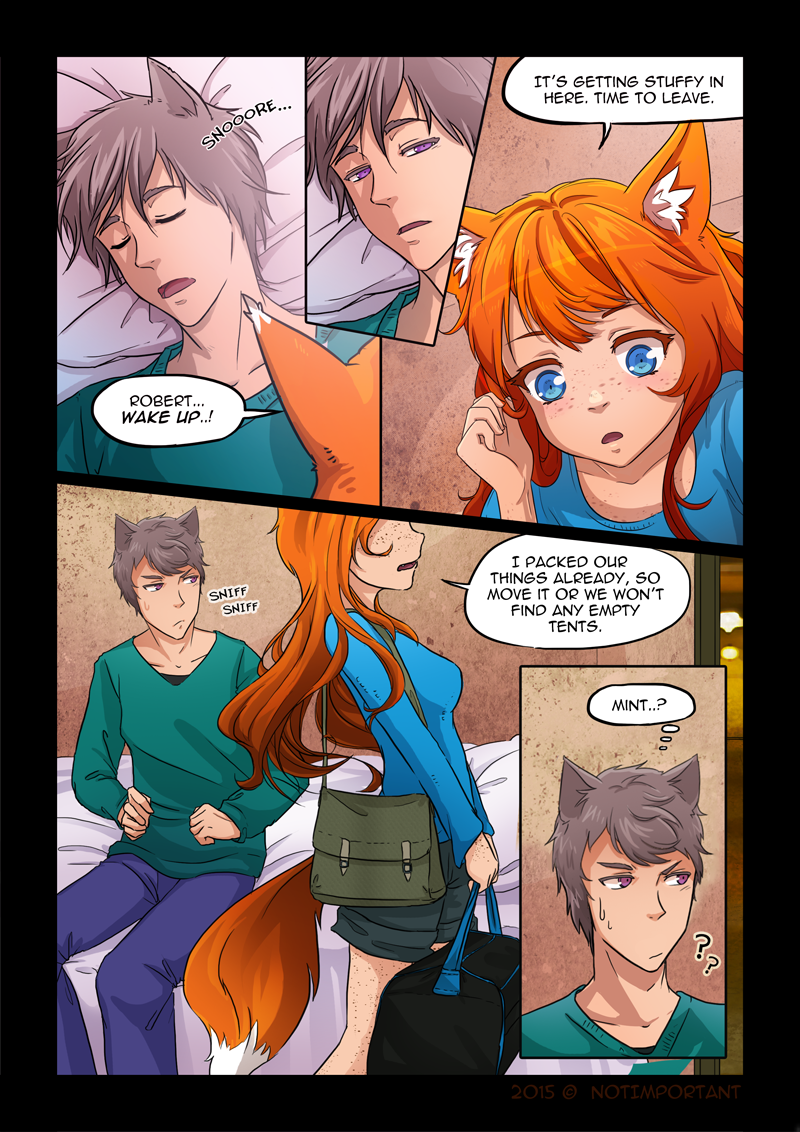 UPDATE: This page has been modified in 2020! You can still see the old version HERE 😉

Everyone survived, Robert didn’t even wake for the special effects. Magic is fun but life goes on and shiny toothpaste ain’t gonna save you from suffocation. So we leave the underground room and search for another home~

Being in Japan and looking at all those pretty manga/anime art books and illustrations I am tempted to change the style a little bit. Well, would be boring if I didn’t try to improve it, right? And I guess you are okay with it as long as I don’t remove the freckles from Ada’s face ¯\_(シ)_/¯

Enjoy the page and see you next week!