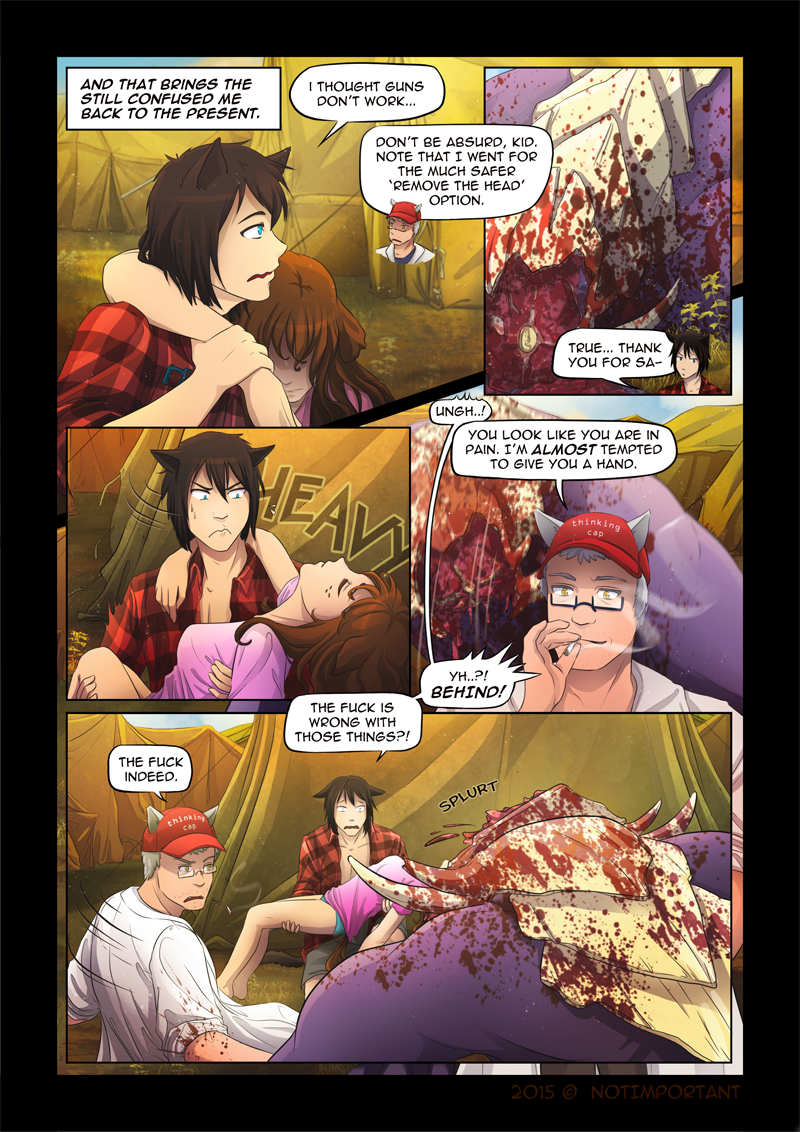 Surprise! I am sure some people expected this to happen and that it answers some of your questions. Sadly Stefen’s gun is hardly enough to kill those things (his awesomeness level goes down quite a bit, I know, I know…).

I was wondering what special news I have for this week but I think there is nothing… I am almost done with next illustration (featuring Faust) but I’ll probably still need another weekend to finish it. Vote incentive will be changed sometime this week I think, for now it’s still high school Ada. We are placed 4th but that might easily change if you don’t fight for it! Thanks in advance, you are all awesome~! (づ￣ ³￣)づ  ♡

UPDATE: Vote incentive has been changed! GO AND VOTE!