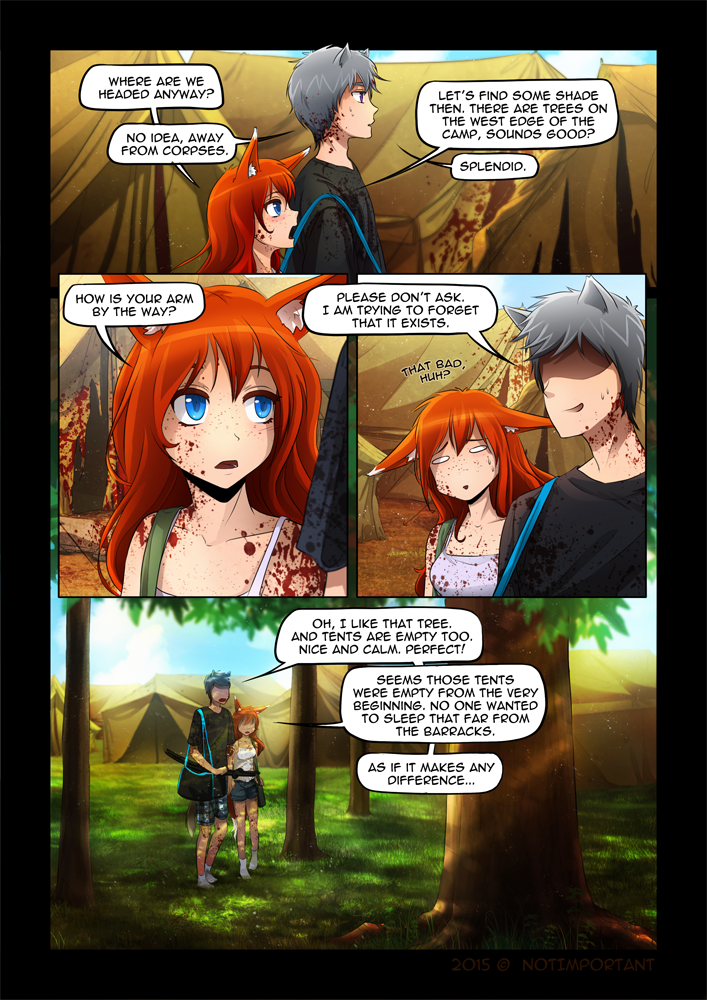 Moving to another location, where we will ponder about various things for a moment. A short breather continues. Unluckily for them the only facility open to civilians where you could take a shower was the one they lived in before the ventilation system broke down. So at this very moment it’s kind of hard to clean up. You and Robert can enjoy Ada’s bloody look for a moment longer~

I am still on Mallorca, enjoying the sea and Spanish air (I won’t say anything about the sun since it’s raining this very moment). I’ll be travelling back this weekend so you can expect next page a bit late or a bit early, haven’t decided yet. Exciting pages are coming, I am very curious what you’ll say about them..! ლ(╹◡╹ლ)

And last little thing: my sister, who is also reading Replay, has her birthday today! I hope she reads those descriptions as well….

UPDATE: Vote incentive has been updated! You guys are awesome, thank you for the constant support!

70 comments on “Away from corpses”