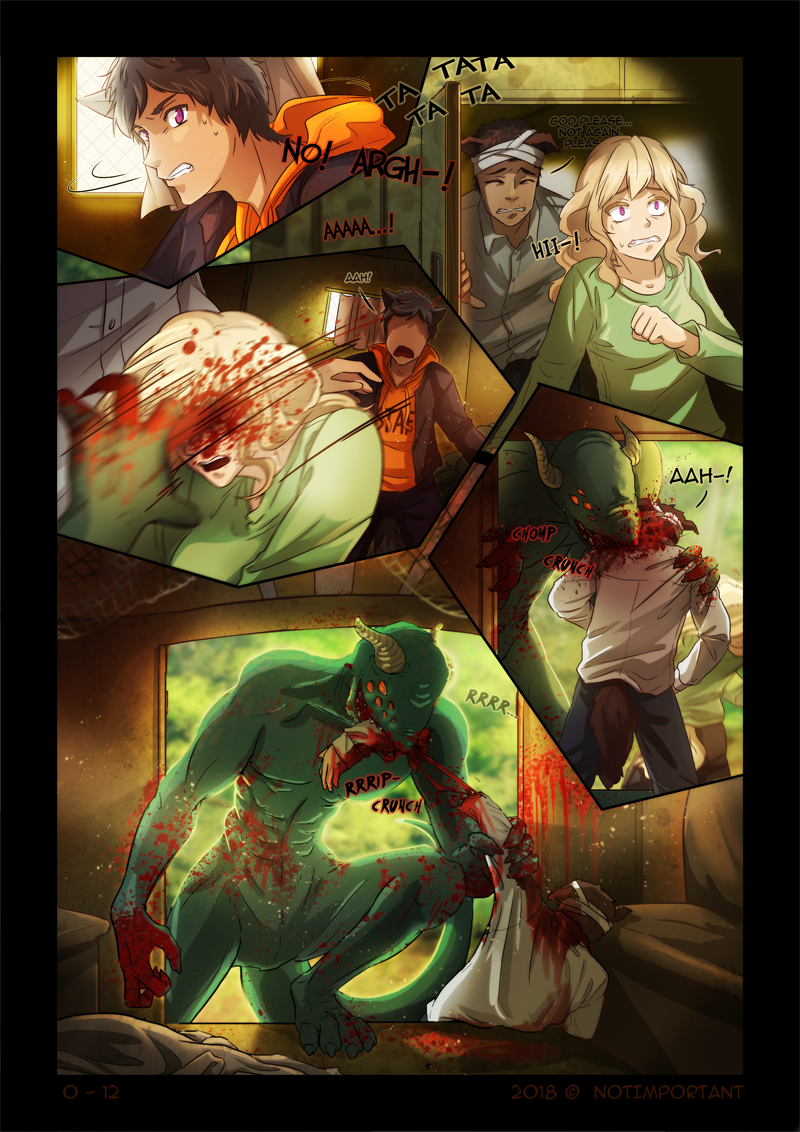 When wipers are not enough

UPDATE: This page has been redrawn in 2018! Old version here: old version.

This page might have come as a surprise to some of you, since usually you don’t pair up cute fox-girls and gore. But I do. And this comic will generally be a little bit of fun and games, but also action, gore and drama so hold on tight! I hope no one is disappointed. There was a fair warning a week ago too! So koalas are free to shred to pieces anyone they want now, since the gore flag is on.

Those are not really koalas, don’t worry. You’ll see them next week.

On the other note, I’m working on a Halloween illustration, I’ll be posting progress shots on facebook fanpage so if you are curious come and visit! FACEBOOK FANPAGE

Also vote! Thanks!  VOTE ON TOPWEBCOMICS

24 comments on “When wipers are not enough”