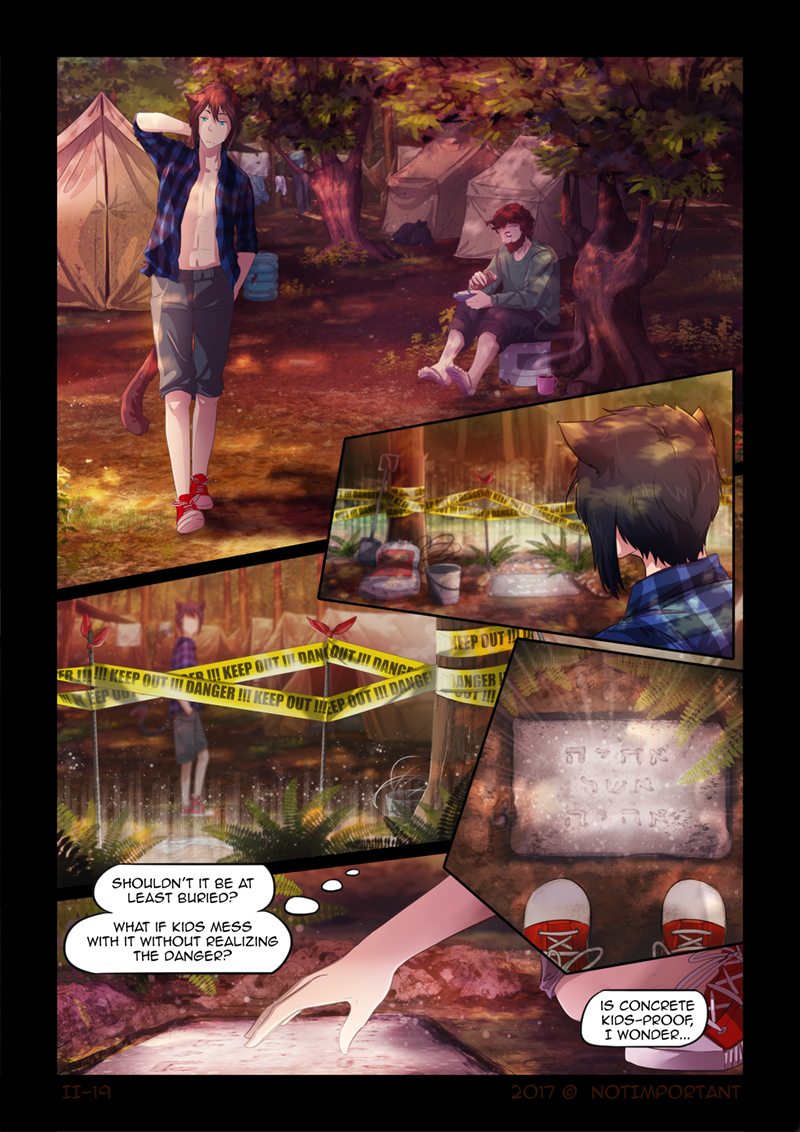 Filip takes a stroll after all! And he’s not the only one waking up early. If you are confused about the tapes and shiny concrete plate just take a look at the Spellbook and the Fourth Pentacle of the Moon. This is the spell that Ada used for setting up a barrier around the supplies tent before, right now it’s used to protect our little forest camp.

We’re already at the new apartment, after yesterday’s move-out during the typhoon and today’s unpacking and scouting the area. I like the neighborhood, I don’t like the new apartment. It looks worse than in the photos, the building is old, it’s so dark it feels like living in a basement even though it’s on the second floor (window is just a few meters from another building). I’m scared of mold and roaches. I’m scared of starting work tomorrow morning (but that’s also pretty exciting). I’m scared that I’ll have to stay here for months.

But it’s going to be fine. I bought myself a new mug, bowl and set of chopsticks to cheer up. Hopefully, we’ll be able to rent something less temporary soon. A real home… ( – ‸ – )

Well, enjoy the new page! I’ll be adding a new vote incentive on Wednesday I think. Maybe we should make it a thing? Update the side story every Wednesday?… Maybe I could manage to be a bit more regular with it. Two more episodes are already on Patreon if you can’t wait, I post them there as soon as they are made.

And cross your fingers for my first day at Amazon tomorrow! Woohoo! (ノ・∀・)ノ

32 comments on “The barrier”