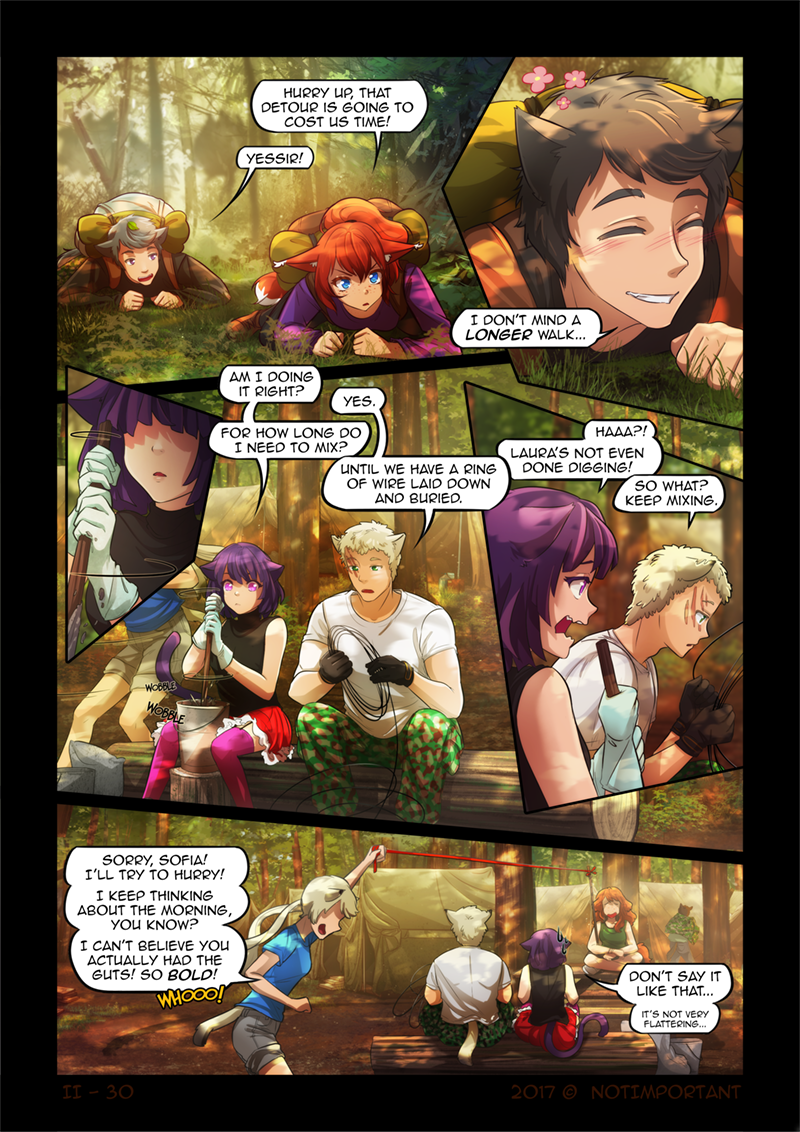 Recipe for a spell

I wanted to show you more about how they set up the protective ring around the camp and I had a conversation I needed to include too so… we’ll have a girls-talk (sort of) while constructing a protection spell. I hope you can figure out the details from the drawings alone because I’m not going to explain those. We’ll talk about love instead ๏◡๏

I’ve spent… a lot of time preparing the next scene and it’s still far from being done. It’s way harder than I imagined and it takes way too much space… So yeah, I’m struggling, both with the panels and with the lack of time. It’s hard to find the balance, sigh. My fiance is starting work tomorrow too, so life will probably be more hectic and stressful for a little while. Until now he took care of most of the cleaning and cooking duties so that I can draw after work but there’ll be no more of that, I’m afraid ¯\_(ツ)_/¯

So, I brace myself, grit my teeth and push forward.

We went for a little trip to Kamakura this week since autumn leaves are already very very pretty and it was sunny and warm enough to go to the ocean. Kamakura is a popular tourist destination as it has many temples, huge Buddha statue, ocean, mountains and various other attractions. Us being us, we have our own favorite spots there. Kamakura is only 1 hour train ride from Tokyo but we didn’t leave the train at Kamakura station, we got off at Kita-Kamakura. Usually, almost no one does that but we weren’t so lucky this week – our secret plan to avoid crowds failed and we were standing on a crowded platform, wondering why the hell everyone from Tokyo decided to follow us.

There is a temple right next to the station, it’s called Engakuji and normally it’s not super popular. We like it a lot not only because of that, though. It’s beautiful because it is located kind of inside a valley and buildings are surrounded by the vegetation. A secluded, close-to-nature kind of spot. And that closeness to nature made it so popular this weekend – everyone came to photograph the autumn leaves! Maples were red and very beautiful so I kept staring at them and didn’t notice the people much even though the place was flooded.

Near the temple, there is a hiking trail leading to the great Buddha statue. We weren’t interested in the statue but the trail itself is very cool – it has a small temple on the way and a cafe hidden in the woods! And that cafe is what I really wanted to write about today. Just imagine hiking through the woods and suddenly coming upon a cafe that is located on multiple terraces, right in the forest. Awesome, right? It’s very awesome, I assure you. 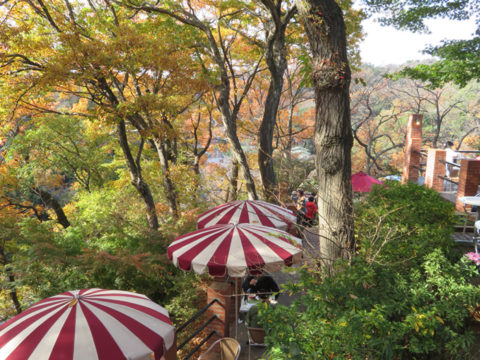 After a cup of hot chocolate and apple pie (they ran out of hot wine haha), we came down from the mountains and went to the beach. Kamakura is a crowded place, full of tourists, but if you find your own paths you might discover many lovely, more secluded places, just like this Garden Cafe! (ノ・∀・)ノ

43 comments on “Recipe for a spell”