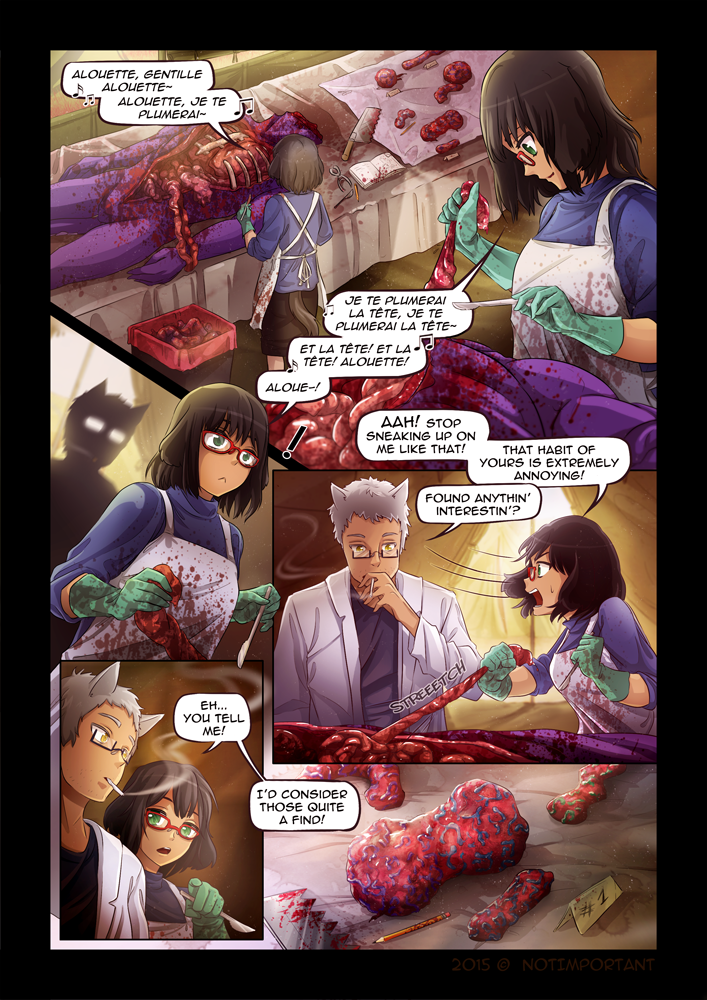 Sorry for the title I guess ಠ_ಠ

Do you remember that lady here? No? Well, no wonder, here’s a little reminder. She didn’t say who she was back then but now you can see why she was all excited about getting a body sample. If you don’t know the song I recommend looking it up~ It’s something my mom used to sing me when I was very little but back then  I didn’t care about the meaning. Now it feels a bit creepy…

Anyway, I need to thank you for those votes! Replay was struggling a little bit during last week but it’s still 1st or 2nd on the Topwebcomics list! This is thanks to you! I am very grateful, as higher position gives Replay more new readers \(-ㅂ-)/ ♥ ♥ ♥  I don’t know why I need more readers, maybe for the server to crash more often, but sure feels nice to think that so many people enjoy this little experimental project of mine~

New page next week and in the meanwhile you can enjoy some doodles on the Twitter or Facebook as I plan to continue practicing.