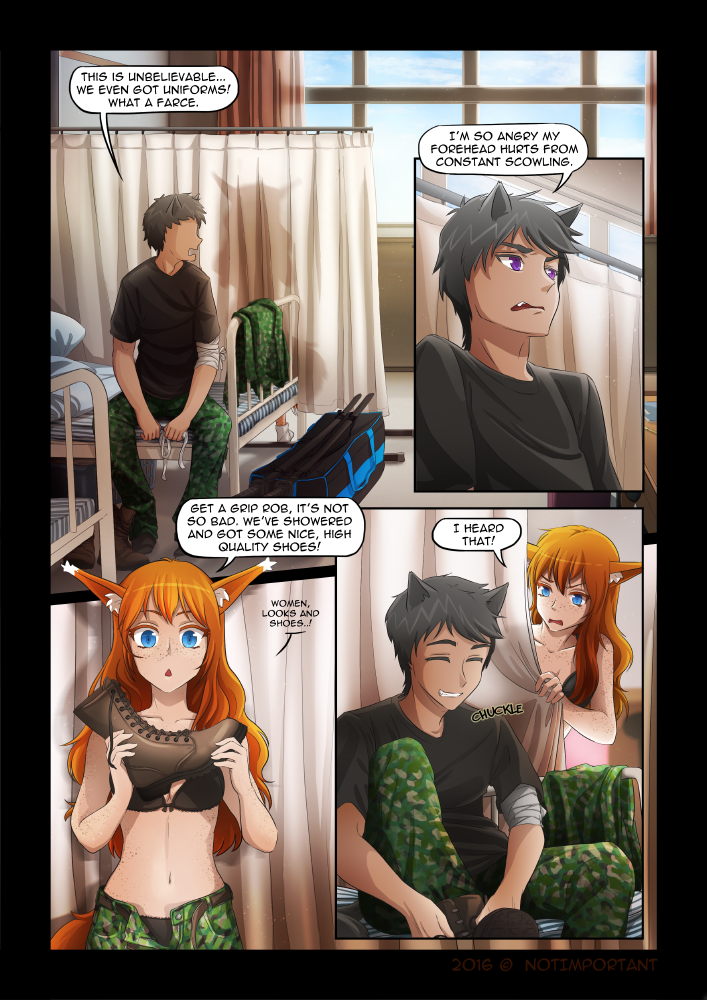 In exchange for shoes

I bet most of you recognize part of this page ๏◡๏

This scene was in the original story, but with much more upset Robert. I gave him shoes in his size this time, so that he doesn’t throw a tantrum~ It’s always a hard decision, which scenes to keep, which to remove, which need more attention, what should be added… There will be another page in this location (yes, I drew complicated background to use it on only two pages, very smart) and we’ll move to different characters for a moment.

How are you guys doing? I’ve had a rather unpleasant January but February might be a tad gentler. And my painting got slower since I’ve had to buy new laptop, change screens, change Photoshop from old CS5 (yes, I was still using that grandpa, sue me) to newest version and damn, everything is just so different…. ʘ‿ʘ I hope I’ll get used to all the new things quickly, wanted to get back to those daily sketches as well…

And hey, I’ve watched Death Parade while on the bus, it’s just 12 episodes and if you don’t know it – it’s recommended. Very sad ending though, so if you are not in a mood for touching story and heart aches leave it for later. Loved the visuals as well \(-ㅂ-)/ ♥ ♥ ♥

I’ll try to change the vote incentive sometime this week, thanks for your support, it really helps Replay get new readers (°◡°♡)
See you next week!

84 comments on “In exchange for shoes”