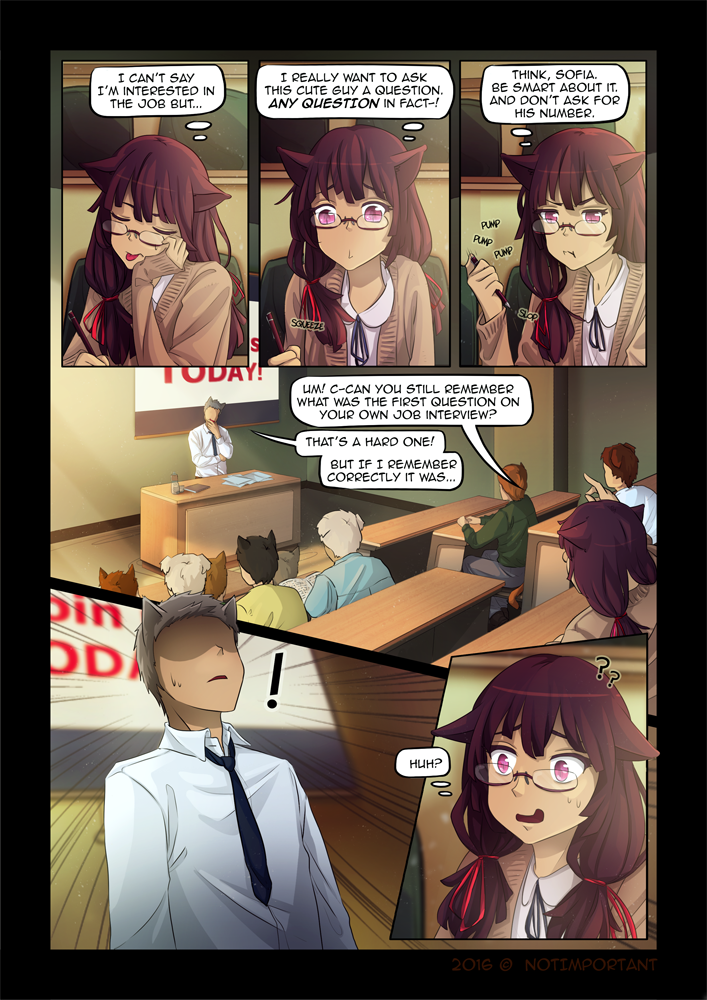 Oh Sofia, what have you done… Can you guys guess what will happen next? ʕ •ᴥ•ʔ

In case you crossed your fingers for me and are curious – my exam went well, I passed with an A and will get a nice, shiny diploma after I get back from Japan! Yay me, after two years of juggling two jobs and master thesis I finally got rid of the last one, hah. Now I’ve got less than a week to pack and get everything ready for the trip. It feels so weird, I didn’t have the time to wait for this journey.

From other news: I’ve been working on the prologue over the weekend, fixing repetitions, adjusting the dialogues a little… The new version is not posted yet and I expect to change only minor details, but if you planned to re-read the whole thing it would be better to wait a little longer~ And I’m almost done with a new illustration/print, somehow with Sofia again haha, the little bugger refuses to leave my mind.

I need to get some books for the trip, for last two years everything I’ve read (well, almost) had equations, I want some food for the imagination. My buddy recommended Sanderson’s works to me, any of you read his books? Do you have a favourite? Because I only get ‘they are all awesome’ from the mentioned Sanderson’s true fanboy.