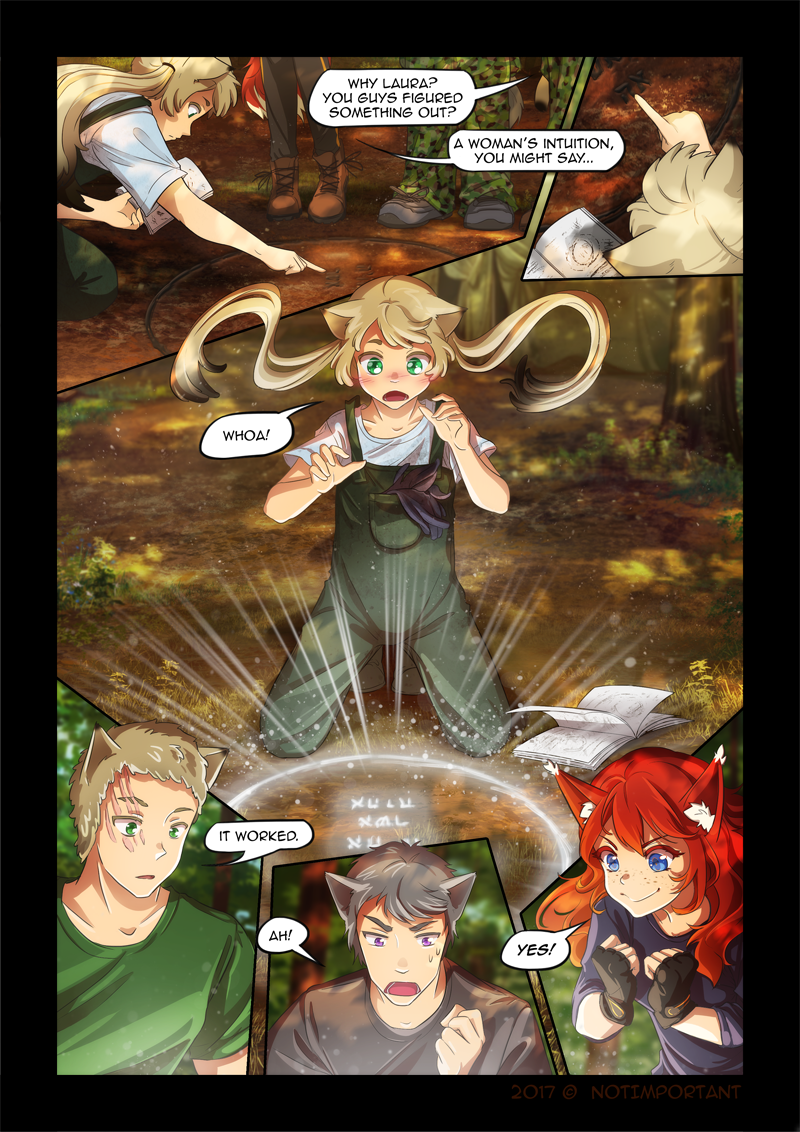 I know you all expected that haha, this page wasn’t supposed to be there since the outcome was so predictable. My boyfriend didn’t let me, he complained that this is an important moment for Laura. He’s right I guess, I’ll let her have her glory~

Keep your fingers crossed this week! My other half has another final interview this week, maybe this time the stress won’t eat him alive and this job-hunting nightmare will end for both of us. I’m still waiting/collecting documents for the visa. Working abroad is tricky, eh. We visited Comiket on Friday for a stress relief, to see doujin games! Surprising how many people decide to make a game and actually end up with something decent. We bought several, a very inspiring experience. Last year we were overwhelmed by how huge this event is and the endless booths with gay porn swallowed us completely, not allowing us to reach games at all. We were better prepared this year lol

And, having some free time between finding a job and actually starting working I managed to do what I thought about half a year ago but never had the time – the integration with Patreon was added to the site! You should be able to see cute badges added to the comments for all those who decided to support Replay on Patreon. I never liked the idea of Patreon-only stuff, so they only get early access to everything I draw, hopefully a little recognition in the comments will make them feel more special. If you want to see a full list of Replay’s patrons: go here. I never expected Corporal pledges to be sold out after just a few hours, btw ლ(╹◡╹ლ)  Thank you! I’ll add more slots once I’m done with the already ordered avatars.

If you are a Patron:
– You need to use the same email as on Patreon when posting a comment, otherwise the badge won’t appear.
– If you want your nick on the patrons’ page to be hidden or link somewhere please let me know ( through Patreon or in the comment or ni.replaycomic [at] gmail.com ).

What else: I’m already done with flat color for Robert’s Madoka cosplay! So a new vote incentive should be added this week. And grab a video too! I add them to the youtube channel sometimes and forget to link under the page heh~