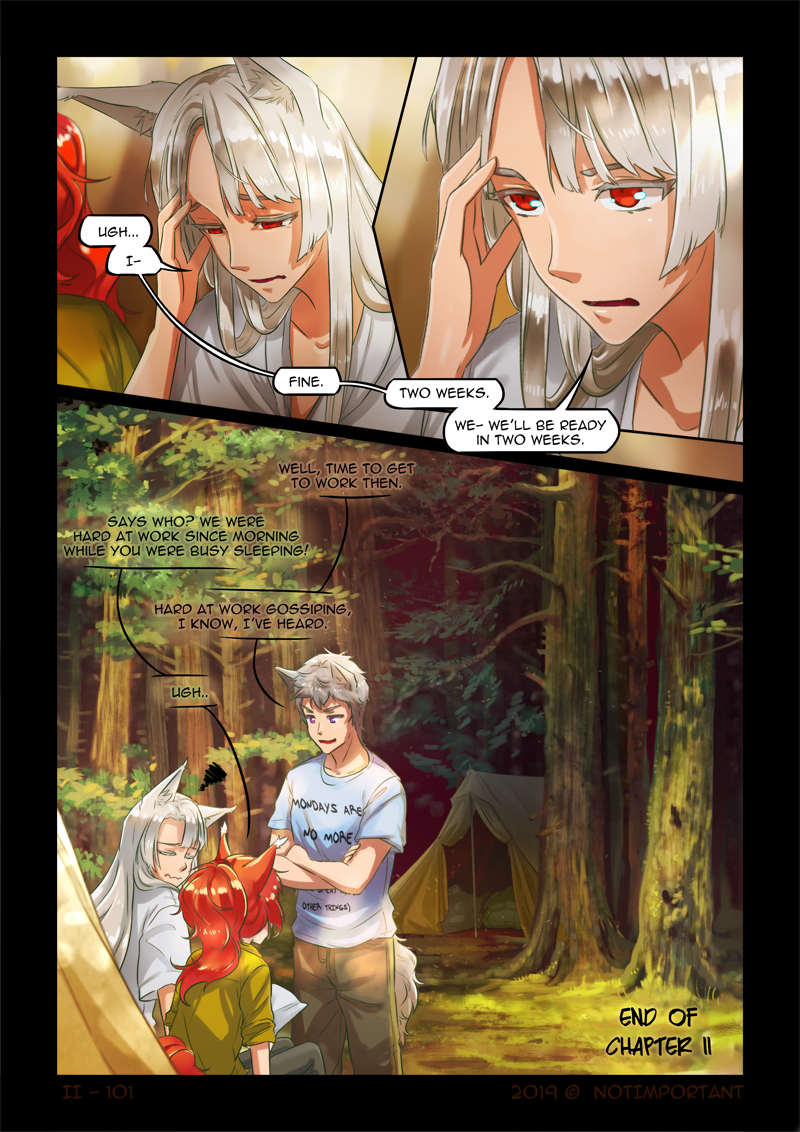 Very proud of this forest background, it was super fun to paint~ A couple of next pages will be a small intermission with some illustrations that I really wanted to draw and couldn’t find the time. Two of them are already on Patreon so those who have the $10+ pledge can enjoy right away and in full size!

If you don’t support Replay on Patreon you can still see a sketch of the first illustration by voting on TWC! Thanks in advance!

So, a couple of things. I’ll be flying to states this weekend for a business trip so I might need to skip the next week’s update if work swallows me. Apologies in advance I guess. Previous trips ate the buffer that I had so I have no other choice but to skip if I can’t make a page on time. Right after that, my friends from Poland might be visiting. So again, it will be hard to draw, most likely. And once they’re gone I’ll be flying to Singapore and Thailand XD So yeah… a friggin’ busy month is coming… That’s why I wanted to do a little intermission with illustrations because that’s easier to handle than the beginning of a new chapter (and I want this to be a really awesome chapter).

We’ll see how it goes… But you’ve been warned. My availability in the upcoming month will be… extremely limited.

If you’d rather read on Tapas and you’re a very patient person feel free to subscribe to Replay there: https://tapas.io/series/Replay