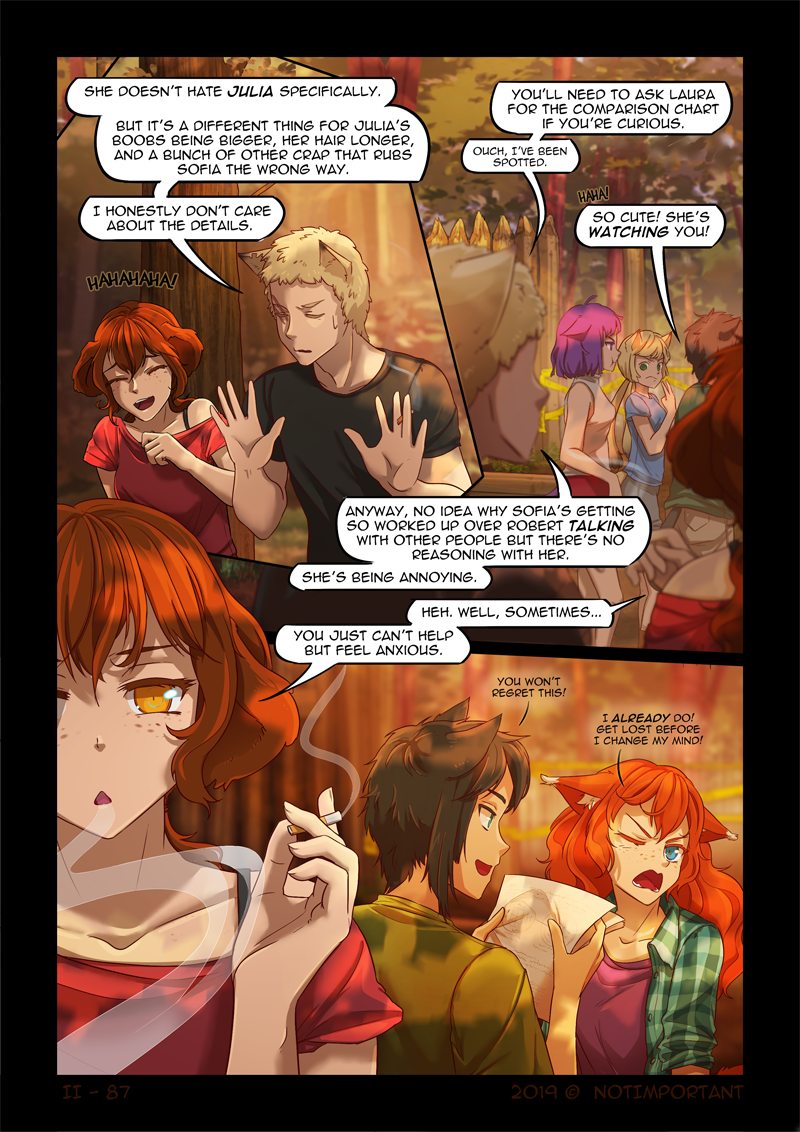 Laura’s so adorable on this one ♡♡♡ Two next pages with something completely different:

I hope you guys are going well! I’m slightly bummer out that the weekend has ended so quickly but I at least managed to close out a scene for Historia novel so I felt pretty productive. Didn’t manage to do any more drawing than that, unfortunately – my arm is very unhappy already. It’s hard to take a break and go hiking or exploring too because it rains all the time. Well, at least the apartment is clean now…

As a little announcement: we’re looking for artists willing to help out with the Historia visual novel project. We need someone to help drawing the backgrounds and CGs! No money involved, unless we actually earn some while selling this thing on Comiket laaaater on. We’re doing this as a hobby, after work, for fun.  If you’re curious and want to collaborate with me on the art, this is the project blog: https://lucida96.wordpress.com/ and you can contact me or Cam here or on Twitter: https://twitter.com/ONeillCam or https://twitter.com/ReplayComic