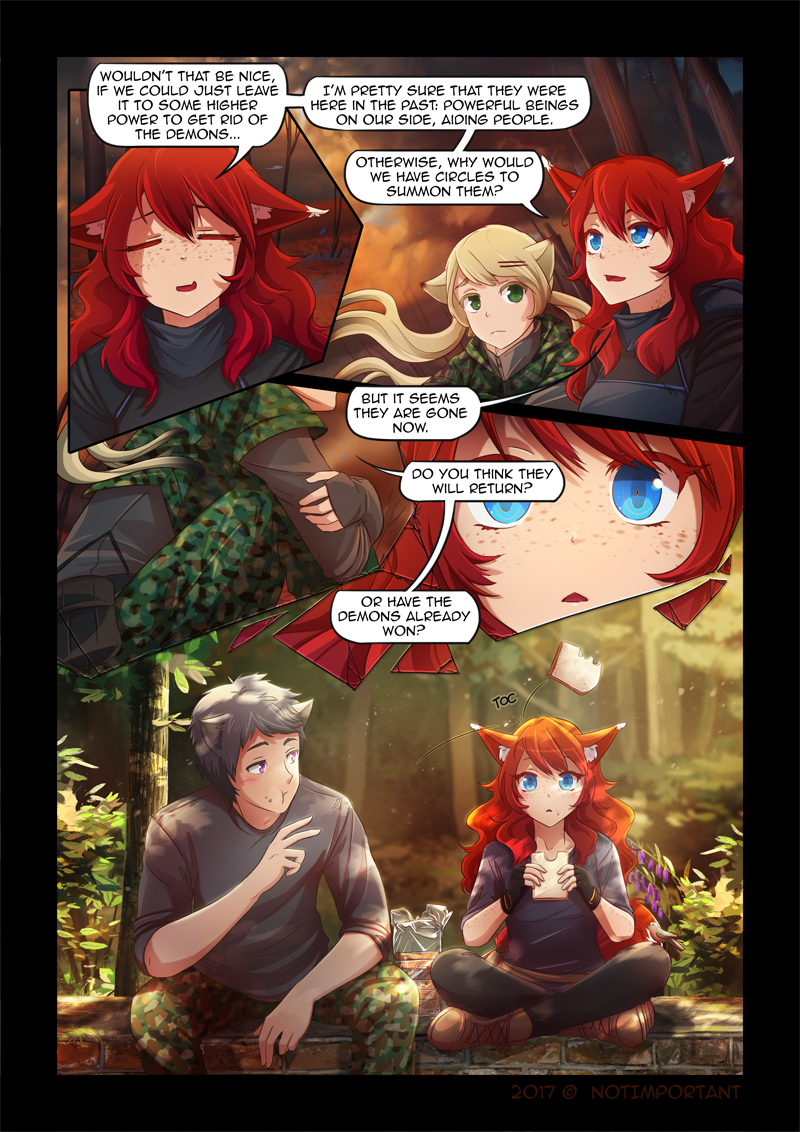 I like that last panel so much (°◡°♡) Probably only because I love the idea of Robert casually throwing dried bread at Ada when she ‘turns-off’.

Hm, what to report this week. I’m behind on the pages since I’ve been working on the secret project too much hehe… But I should catch up soon and the secret project will stop being secret in a week or two. After that, I’ll post all the new drawings here. You maybe won’t see the sketches and WIPs or maybe I’ll share those later on Twitter or something… For the curious. If you can’t wait this long please throw $1 at me and enjoy the feeling of being special! Some people joined last week, thanks a bunch! I’m super happy you are willing to support Replay \(-ㅂ-)/ ♥ ♥ ♥

And I’ve been to Tanabata festival yesterday~ I was there last week as well but we managed to see different performers this time, even though the decorations stayed mostly the same (they are still fantastic). I’ll be posting some photos on my silly Instagram account (which lately got filled with photos of stray cats that come to visit me when I draw and desserts I eat lol). But if you want to stalk me a little go ahead and follow me! I’ll be happy!

If you haven’t watched Saenai Heroine no Sodatekata and want to find out how creator’s thought process looks like – do! It’s fun and I find it amazingly relevant. Plus I’ve started Shingeki no Bahamut: Virgin Soul since I’ve remembered it aired last season and it’s well done and cute and I love it so far so if you don’t know this series you are missing a great fantasy story~!