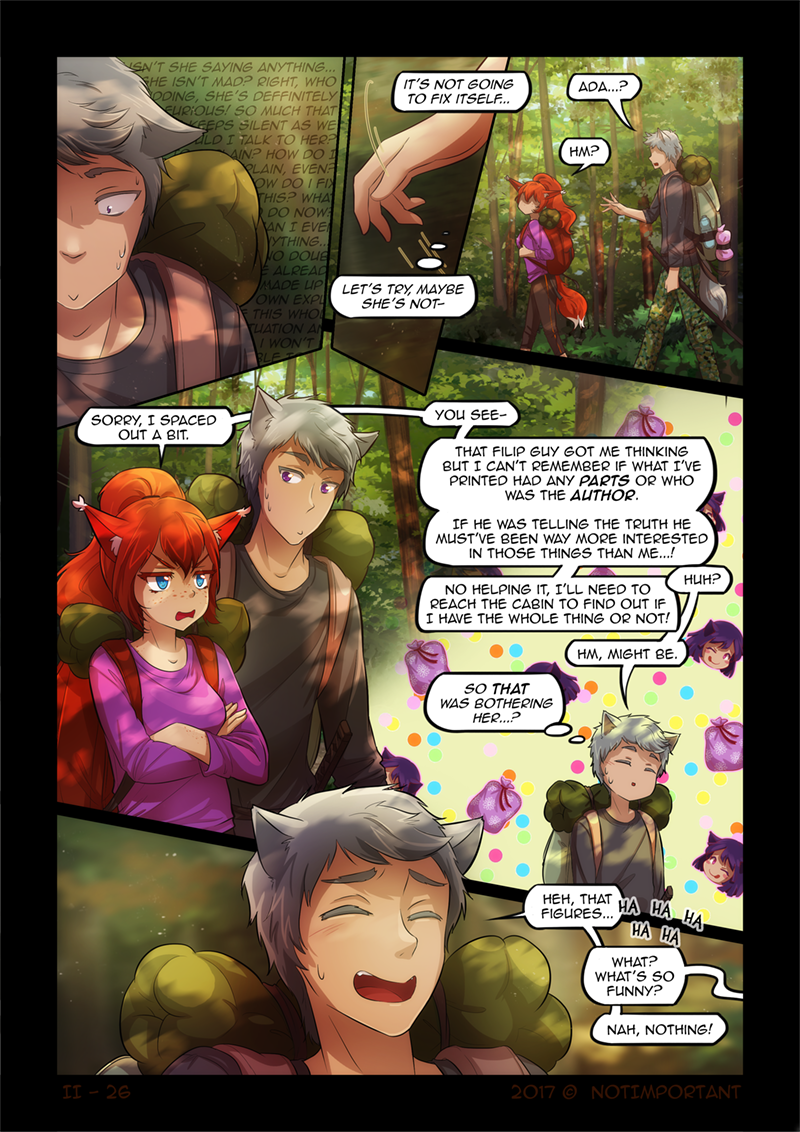 Oh? Oh… Apparently, she had something different on her mind… Be glad Rob, you are off the hook!

How was that last week for you? I find myself frustrated. I wanted to take part in Nanowrimo but the concept for my new story isn’t quite ready yet. So no Nanowrimo for me this year. I don’t have enough time for it. But it does frustrate me, that I have time only for work, this comic and sleeping. I wish I could do more than that but the day just doesn’t want to have more hours, sigh…

I also started looking into books for learning Japanese. Any recommendations? It’s hard to pick something, harder than I assumed it would be. And I really, really want to finally learn the language. My heart aches every time I go into a bookstore and see all those novels I’m unable to read. Soon, my babies, soon…!

I watched the second season of Stranger things and I liked it~! Normally it’s hard to find more interesting relationships between adults and kids than “adults are awful, kids are awful, we’ll never understand each other” so in a way this series is kind of different. And I like the monsters. You can probably tell from Replay alone hah. With reading, I’m still somewhere at the beginning of the third book of the Liu Cixin’s trilogy, didn’t find much time for reading this week.

And finally – thank you for the votes and comments! Thanks to your dedication Replay’s on the top, which is awesome, and I’m motivated to draw, which is even better! So huge thanks and I hope you’ll enjoy this week’s page!