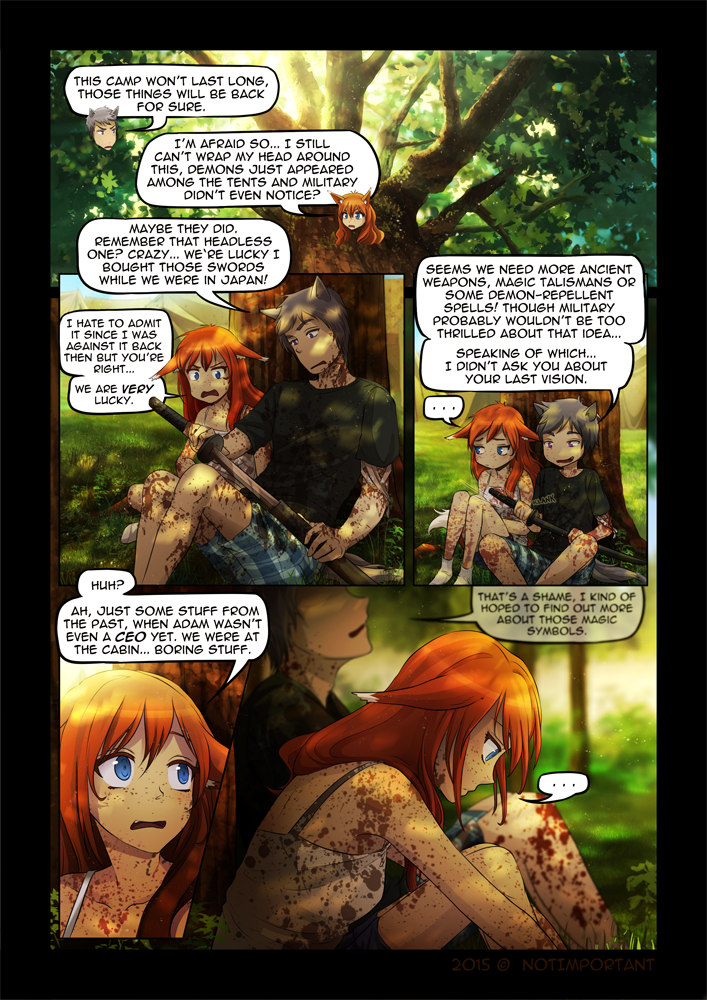 I am developing a bad habit of changing the dialogues in the last minute before the update. Really bad habit. But sometime it’s very hard to convey all those little details that make the story believable. I hope this page is readable and you can enjoy Robert’s silly ideas. Those two are really too tired to make any serious plans right now. And I hope you can see Ada’s anxiety pilling up from a certain point. Can you guess what’s on her mind? ʕ•ᴥ•ʔ

There are no other special news apart from vote incentive being updated and some new readers joining in. Welcome! I hope you’ll enjoy the atmosphere here! Last week was full of comments and I enjoyed your various discussions very much, nothing makes me happier than people coming back here not only for a new page but also for the pleasant chat and company of other readers.

And by the way – Vicky was very surprised and happy about all the birthday wishes, unfortunately she isn’t brave enough to write a comment here. A little bit of shyness is what makes little sisters cute, right? I can only pass her gratitude to those who submitted their best wishes. Thank you! \(-ㅂ-)/  ♥ ♥ ♥

The best thing on that page is that tree on the first panel. I’m kind of proud (ノ・∀・)ノ