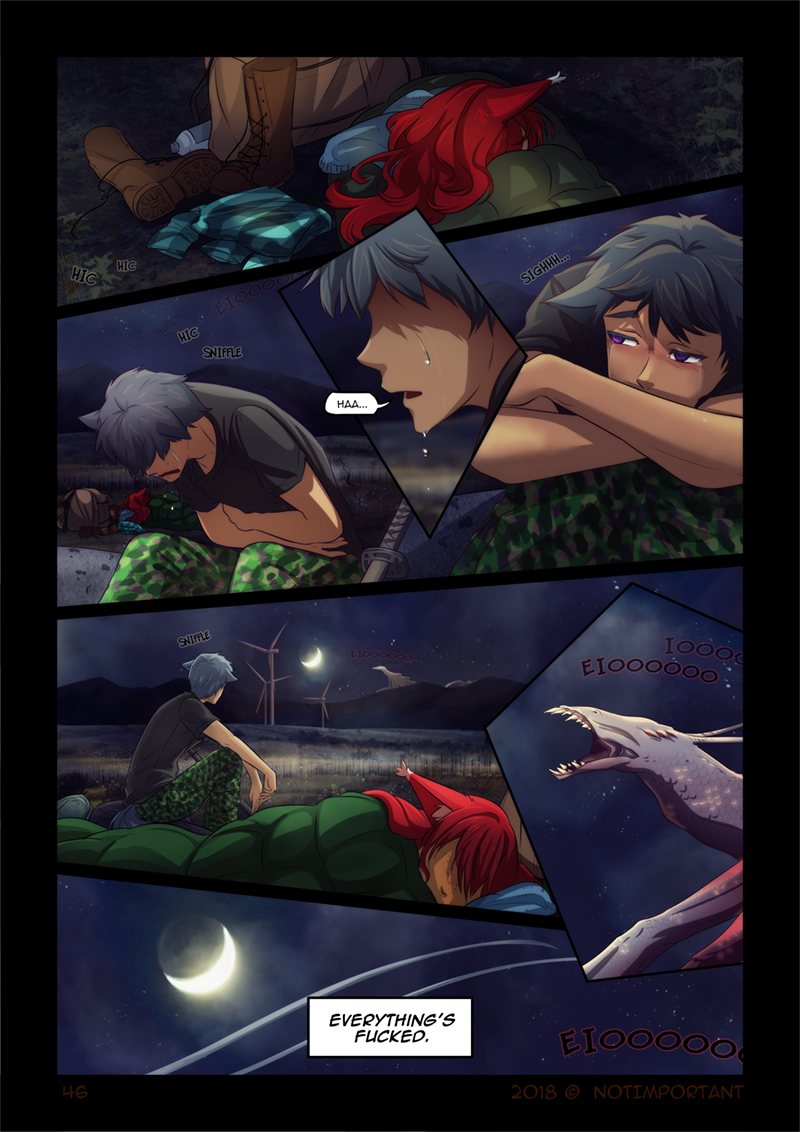 Kind of an epilogue page to that last scene. And see? Robert can cry as well. I’m not going to comment on this more than I already did, thank you for the words of encouragement, this scene was hard for me and I’m glad it worked out and managed to make you feel so many different things!

Life’s good but still busy. But I did manage to go for a long hike today so I’m tired and happy! And it’s hanami, lots of sakura trees blooming, Tokyo is finally becoming warm and spring-like. It’s fantastic, especially since I work near Meguro station where the famous cherry-blossoms river is \(סּںסּَ` )/ Just fantastic.

What else. I’m working hard on Replay (still didn’t manage to recover the buffer after the trip to Singapore…) and on re-drawing the Prologue. I know, I know, there’s no point and everything, but I want to translate it and publish it in Japanese and I’ll be using my friends from work for that and I want it to be absolutely perfect. So I’ll be fixing some things! Still working on the new project with Four Leaf Studios too, so it’s been busy. And also trying to finish the editing of my own novel haha, there’s just too much…

I might add a bit of info about the hike when I’ll copy the photos from my camera, it’s been a fun 20km long route woohoo! My feet hurt! I’m tired! Goodnight!