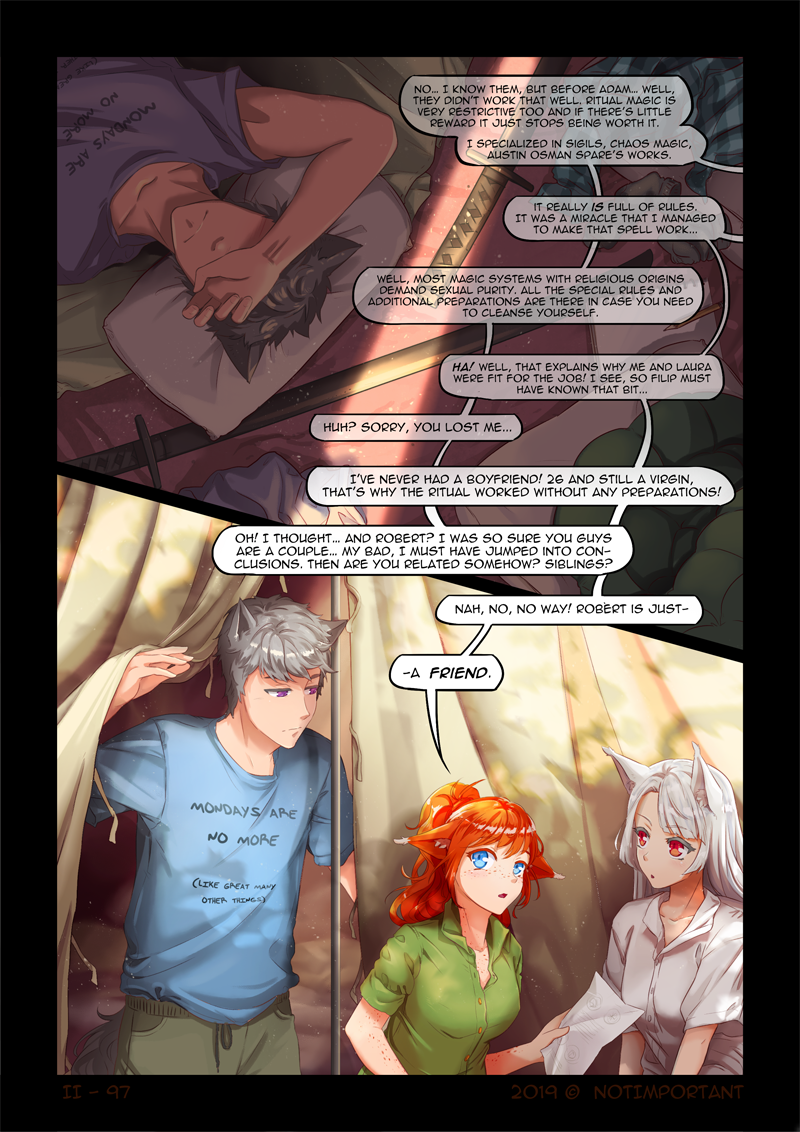 Ada in her top form, being casually cruel since morning. Also, little bits and pieces about the magic… The important names are real, look them up~!

I’m sick! I think my fiance finally managed to infect me after a whole week of sneezing and coughing. The worst moment too, because it’s super busy at work. Gotta survive, somehow… Keep your fingers crossed so that I wake up feeling great tomorrow.

Last week was so quiet, I thought you guys liked hugs! No?… No more hugs…? Fine, hugs are hard to draw anyway, less work for me I suppose.

Also, since it’s a new month and all… Please vote! And consider supporting Replay on Patreon so that it at least pays for itself (even if it cannot support my dream of working exclusively on my own, creative projects). 10$ pledge gives you access to two next pages and 30$ pledge is a 500x500px portrait of your own character from Replay’s world (hey, demons are fine too, if you like). Don’t like Patreon but still want to throw some $$$ at me? Buy me a coffee!

34 comments on “Just a friend”