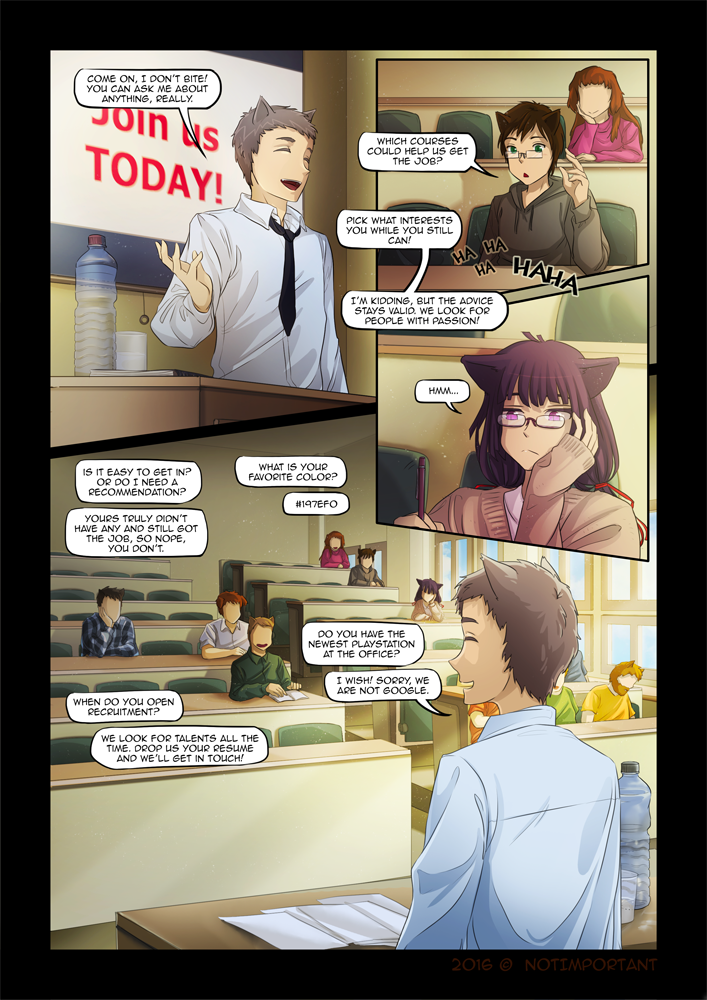 So nope, Robert is/was not a teacher for her, just an older student who started working and made a presentation to encourage others to try. For now Sofia looks only mildly interested, next page is where the fun begins! And don’t worry it won’t be a long flashback.

I am still preparing for my exam (damn, now you will all laugh at me if I write that I failed under the next page… I should have been quiet!) but on Friday I shall regain my freedom! I painted something silly over the weekend, I’ll add it to the gallery tomorrow after… Right, I can’t tell you. Well, just check out Tobwebcomics page on Monday and Replay’s gallery later on! Or you can follow Replay on Twitter or Facebook if you want to know right away.

See you next week and cross your fingers for me on Friday! ლ(o◡oლ)