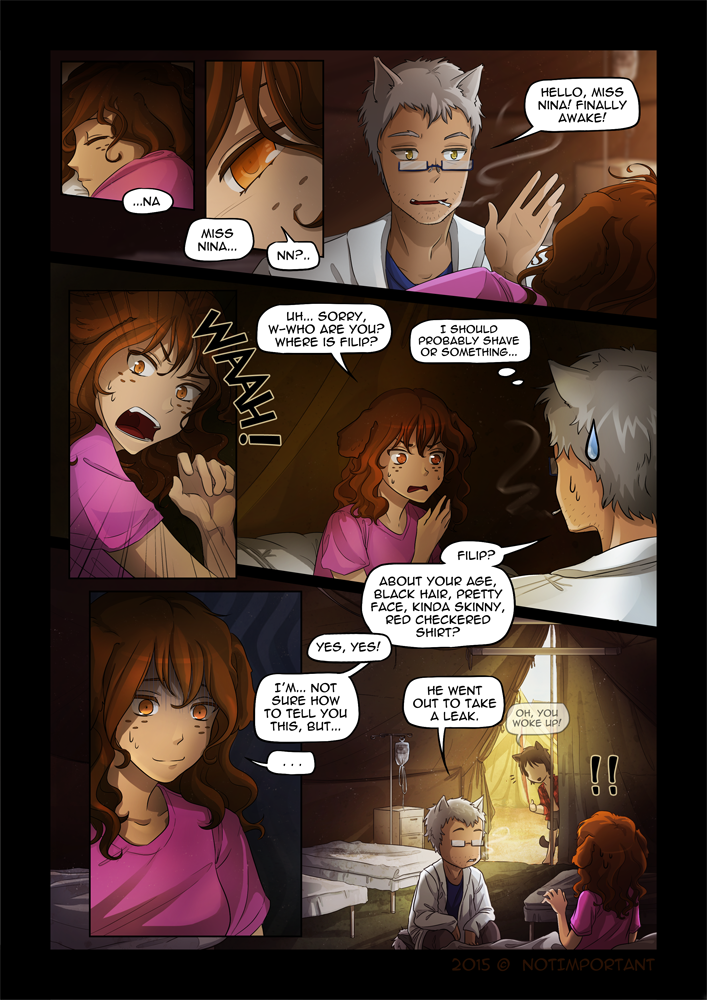 Time to change the mood and leave our two lovebirds alone for a moment~ We’ll be tagging along with Stefen for a while, I hope the incoming pages will be amusing enough ʕ •ᴥ•ʔ

And my beloved readers, did you notice this cute little widget which I have placed on the side? And do you know I have been posting sketches with out girls for the whole week? You didn’t see them? Click and check the gallery on Twitter (or Facebook, I’ve been posting sketches there as well). I hope to get better with anatomy (and faster too) so I’ll continue to produce those, experimenting along the way, hopefully adding something everyday. So if you think you would enjoy some additional art feel free to follow me!

I thought I would have 3 next stickers for you after this weekend but life got upset with me so… yeah.  Stickers are more ‘high quality’ than the sketches I’ve been posting so it’s harder to find time for them. Maybe next week.