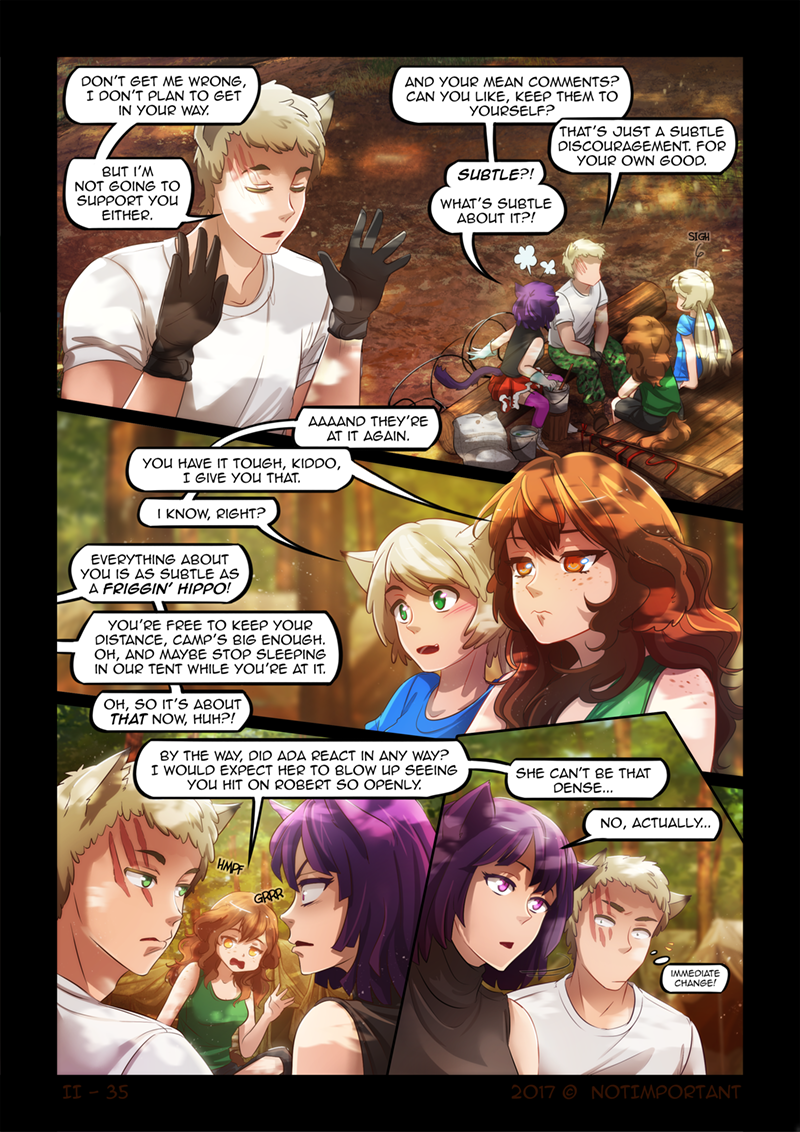 I hope you guys enjoy this page~ I’m also veeeery curious what those with Private and Corporal pledges will say under the two-weeks-ahead page I’ve just posted. Hehehehe….. ლ(o◡oლ)

Ekhem, anyway. Sorry for being slightly late with the page, we’ve got a long weekend here in Japan and I kind of forgot to upload the new page on a Sunday evening (Monday morning now). Since I had some time off I kind of bing-watched two anime series: Mahoutsukai no Yome (finally!) and Houseki no Kuni. Loved them both, can’t wait for more. Both of those series are based on mangas and I read those two. I suppose the anime adaptation is better for Houseki no Kuni, for the magus’ bride I like the manga better. What’s super interesting is that Houseki no Kuni is made in 3d and it works fantastic! Definitely recommended.

What else. I’m hoping to sign an apartment contract so yet another move-out and move-in. This time for good. What pains me is that I’ll need to buy everything for the apartment: furniture, fridge, washing machine, even ceiling lamps… =_= It’s exciting but also very troublesome when you need to work and don’t want to assemble your furniture yourself (I love assembling furniture but it takes a ton of time). Keep your fingers crossed, I really hope to get that apartment, it’s AMAZING!!! I can’t wait! (ノ・∀・)ノ

We had lots of holidays here in Japan at the beginning of January! New Years, two bank holidays and the Coming of Age Day. I might have already mentioned that the New Year’s Eve isn’t celebrated in fireworks. If you want to see a firework display in Tokyo you should definitely come in summer, on the New Year’s Eve I haven’t heard a single firecracker. Japanese people have their own way of celebrating the beginning of New Year which mostly involves visiting a shrine. And that can be pretty exciting!

We live close to Sengakuji temple and didn’t visit on the New Year’s but a bit earlier, around 14th December, when the anniversary of the 47 ronin’s avenge takes place. I imagine it looks pretty similar (since I’ve seen many shrine festivities and it basically looks the same) – lots of food stalls and tons of people eating and drinking on the temple grounds. It smells so yummy… And it is yummy! 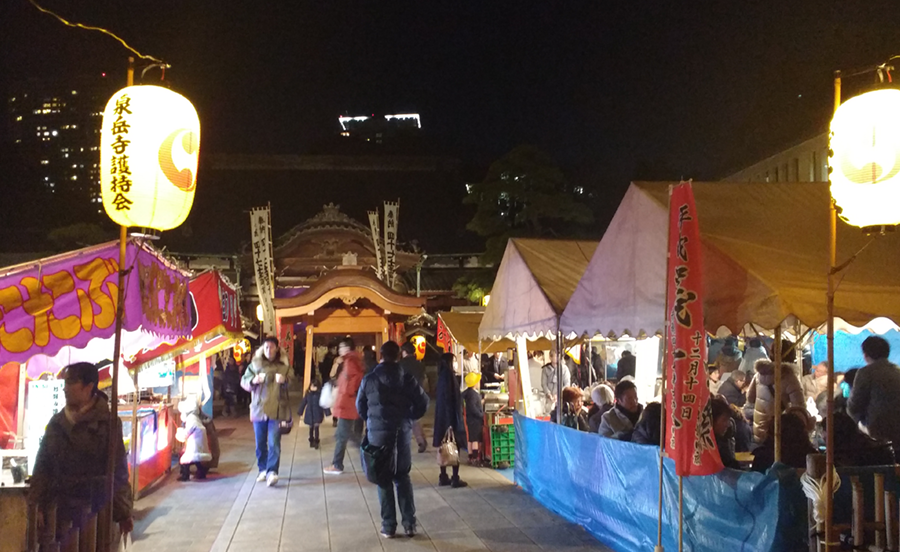 Apart from delicious food, there are stalls with games and toys for kids so families go together to celebrate. It’s very lively! In winter you might also have a chance to try amazake, traditional winter drink made from fermented rice. It’s sweet and served warm, there’s often grated ginger inside too. I think it’s worth trying but definitely not something I would drink often hah~

If you want to buy a lucky charm or a fortune (most of the time only in Japanese) or maybe say a prayer for the new year you need to stand in line. There are millions (literally) of people visiting most popular temples around New Year, everyone’s trying to secure their luck as soon as possible. And tons of tourists too! Personally, I wouldn’t visit Tokyo around New Year, mostly because many places are closed due to long holidays. And festivals are as much fun in summer!