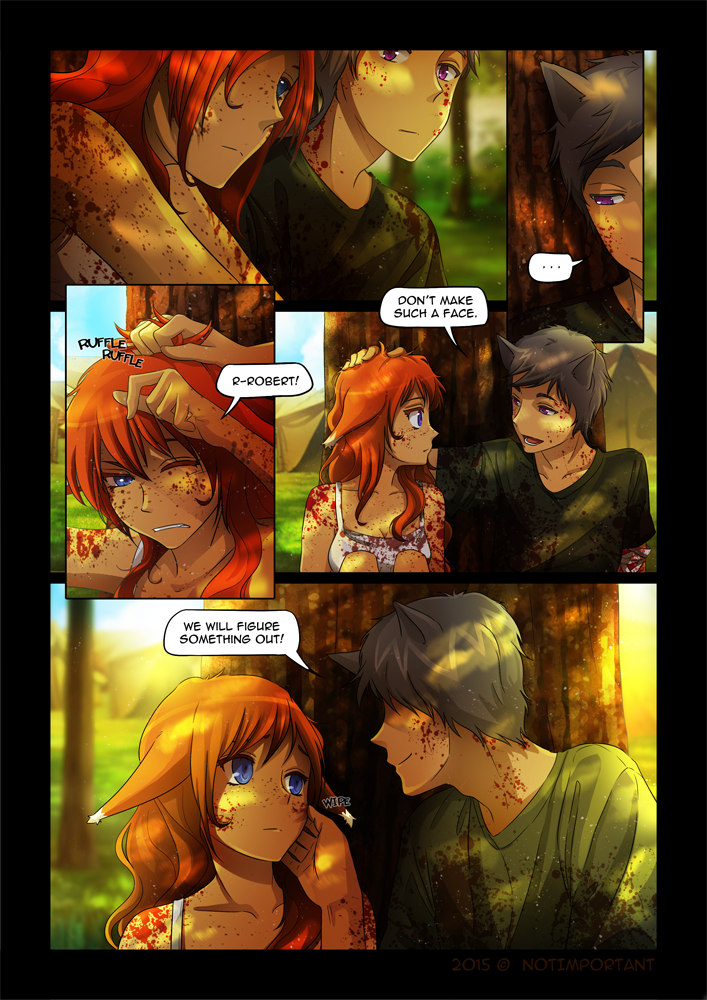 That’s not what’s bothering her, Rob but… nice try buddy. She could use a pat on the head and some sweet words right now, that’s for sure. We’ve gone through some disturbing and dark topics lately so it’s time for something a tad different!

First important things for this week: new month has started so your votes are highly appreciated! Being on top of topwebcomics list gives Replay a chance to gather new readers~ I don’t really know any other places to advertise it, to be honest! Anyway, vote incentive has been updated so if you feel like checking what lays ahead please VOTE. Thanks! \(-ㅂ-)/ ♥

And! I have made some stickers! Can you see those beauties?! I plan to make other cast members as well, later on. The shop I’m using let’s you buy 6 for 3 (small size) so if you plan to buy 3 or more some pick more, they’ll be free! They are available here: SHOP.