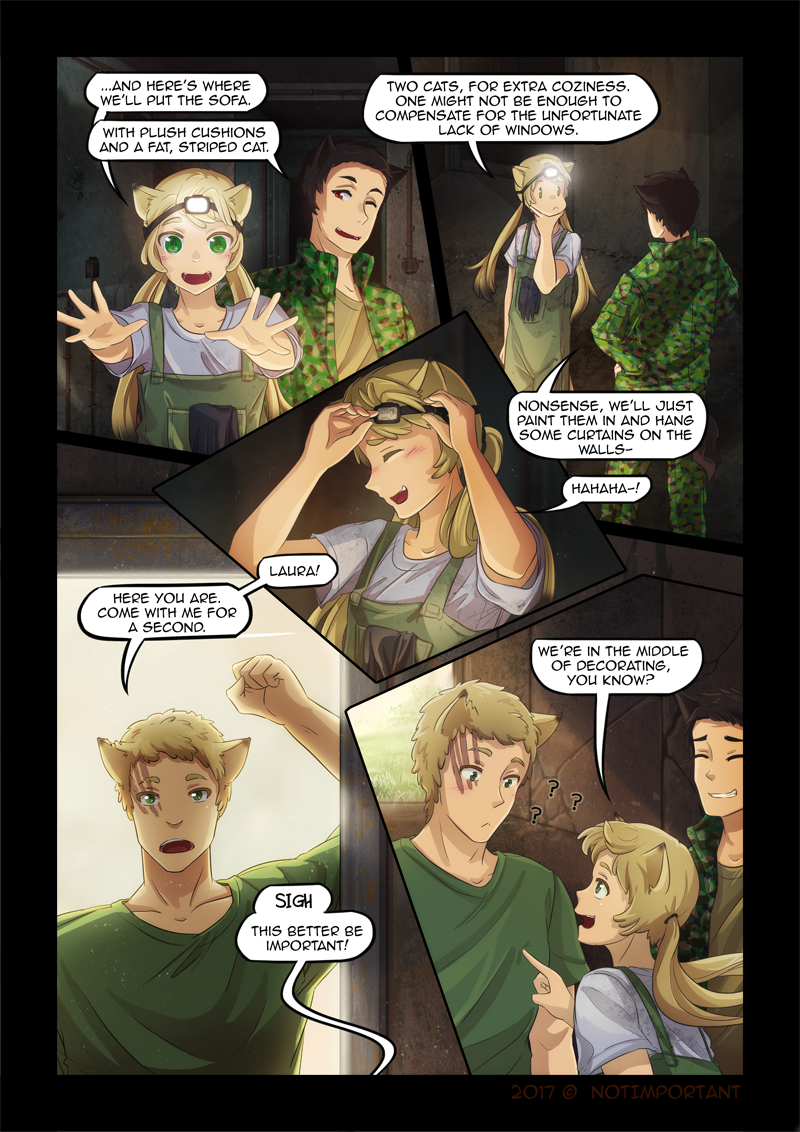 Having a low day? Just hang around Laura~

We’ll be out of this depressing bunker next week! But I hope it answers your question from the beginning of the chapter, about why they aren’t living inside the structures they found on the map previously. Well, they are old, partially submerged and have no ventilation so the only choice was to draw a circle right where they were standing and unpack the tents ¯\_(ツ)_/¯ I’ll show you how the circle is done later on too.

And I have some exciting news! Nothing is formalized yet but we’ve already started figuring out my work visa so I guess it’s safe to announce that I got accepted into Amazon’s Comixology team! ＼(＾O＾)／ Being able to work on something related to comics already makes me very excited! I’m supposed to start in September so brace yourselves haha~ August will probably be very busy as well since I’ll most likely need to travel back to Poland to get a different visa. My boyfriend got unlucky, the company he counted on really wanted to hire him but the vacancy got filled while he was still in the middle of the process. So they want to stay friends but the timing was off and he needs to try somewhere else. But we’re plenty excited since a job for me means we’re staying in Japan! Woohooo! ლ(o◡oლ)

If you have an opinion about Amazon please keep it to yourself for the time being. I’m already plenty stressed about the new job so I want to stay as optimistic and excited as possible, without thinking about the possible dark side or whatever else they say about the company ;D I hope you guys understand. I’ll just wait and see it for myself!

Ah! New incentive starts on the 1st! So please vote for poor Filip in a skirt! And if you can’t wait or want a print resolution I have already posted him on Patreon. Thanks! (‘∀’●)♡