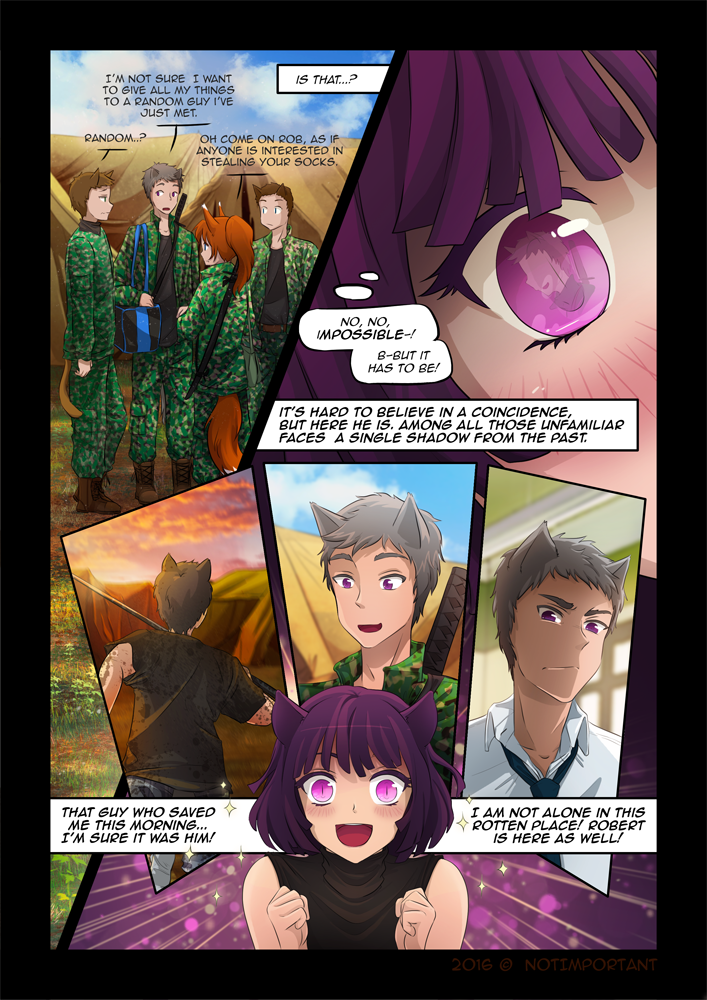 Surprise! She already knows Robert. Where from? Oh, you’ll see in a couple of pages, don’t worry~ That angry, badass Robert on the right-bottom panel, oh yes. And I like that sparkly background behind her happy face, she looks as if she won a prize of some sort. Sorry Sophia… your prize is already taken ¯\_(シ)_/¯

If you want to know how’s my life lately – master thesis is going smoothly for now, hopefully I’ll submit the script next week yay! But keep those fingers crossed, just in case. I’ll be in trouble if I don’t manage to submit it quickly. Because you see, after submission it will need 21 days before I can have the final exam. And on 23rd of April I’m going to Tokyo for a month so… I really, really want to pass that exam before going! (ノ・∀・)ノ

What about you? Any plans for the incoming week? ʕ •ᴥ•ʔ