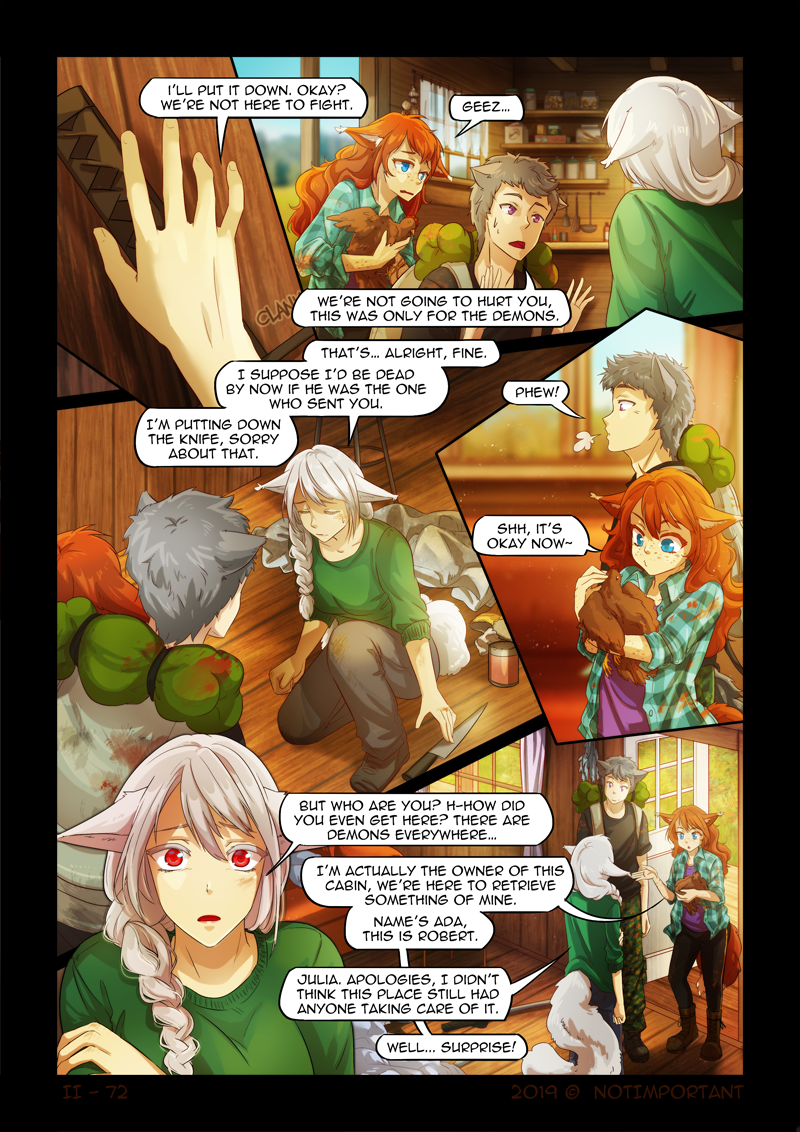 Lay down the arms

They’re not going to kill each other just yet. Sorry to disappoint I guess! On Patreon we can already hear Julia explain who she is and what’s her connection to Adam~

First of all, I’d like to say hello to new readers: HEY! Thanks for taking a look at Replay! I hope you stick around!

I started displaying Replay’s ads again so we’ve got new friends coming and going, fueled by the Patreon pledges and my poor, tired wallet. It’s tax season. I’m very sad about all the money I needed to pay to the government. When I was at the tax office playing a clueless gaijin and receiving help from fabulous office workers I actually had my hopes shattered and my heart broken! The guy who was helping me fill in the forms showed me a number at some point, saying that this is the tax return I’m going to get – yay, nice number, me happy! – but guess what? 15 minutes later he realized this is how much I’ll actually need to pay. And he laughed nervously. I must have made a very grumpy face.

Anyway, enough money talk. All is well, I’ll forget about the taxes in a month. More importantly – the spring is here, everything is blooming (my little balcony garden included) and it’s super hard to stay at home and continue drawing. On Saturday we had a casual 20km walk around Yokohama and Akiba and I bought some artbooks, it was great, I love art-shopping in Japan <3 Today it was only 10km because I needed to sketch out next pages for Replay lol But I have a sketch ready and even finished working on another CG illustration for the Historia visual novel project! Not so bad, eh?

Also, I’m reading this now: https://www.amazon.co.jp/gp/product/B013Q9TVFQ/ It’s awesome. With some help from Kindle’s dictionary, I can actually understand 99% of the text. So learning Japanese is slowly becoming more fun as I start reading love stories for 12-year-olds!

27 comments on “Lay down the arms”