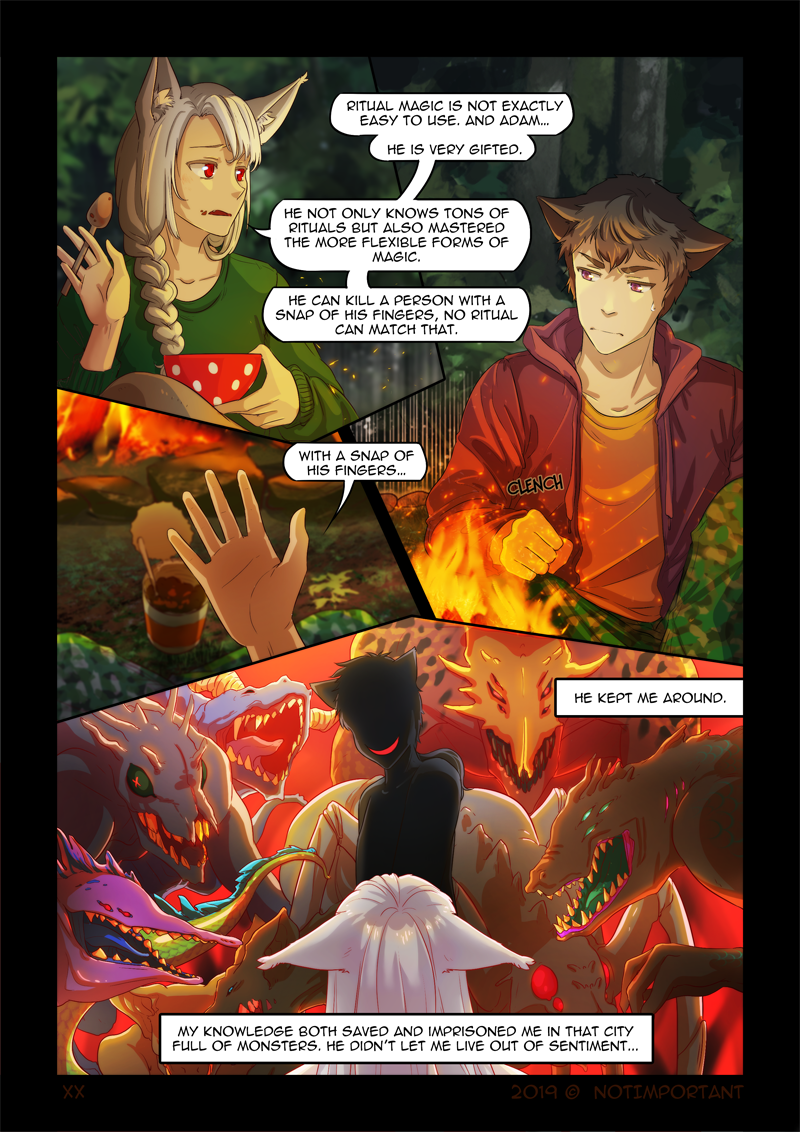 Greetings from Poland! Check out the next two pages that end Julia’s story and move us back to the camp:

I’m tired and jetlagged. Mostly just spending time will family, catching up, talking for hours and eating delicious, homemade food~! Enjoy new pages in the meantime. Hopefully, I’ll get more productive before it’s time to go back to Japan.

7 comments on “Gifted one”